It’s the kind of show we need during the pandemic. 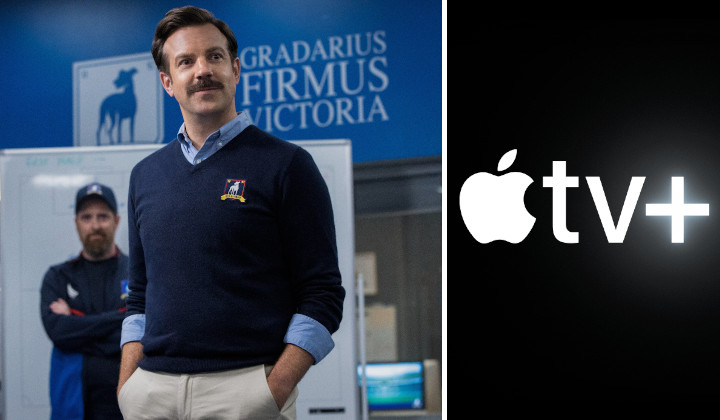 The original Ted Lasso was a character created to promote the Premier League. It has the perfect fish out of water comedy setup: an American Football coach sent to the UK to coach football. A big-hearted southerner in gritty London.

Its premise was so simple that when Apple announced Ted Lasso was going to be turned into an original comedy series in August last year, there was scepticism.

Apple had already produced several acclaimed and award-winning originals by that time. They were the underdogs and they were underestimated. Still, how far can a story about an optimistic coach teaching a sport that he does not know in a foreign land can go, even for a comedy?

In the series Jason Sudeikis (once again) plays Ted Lasso, a small-time college football coach from Kansas hired to coach a fictional English club (AFC Richmond), despite having no experience in the sport.

In tow is the quiet but insightful assistant coach, Coach Beard (Brendan Hunt).

Unbeknownst to them, their boss, Rebecca Welton (Hannah Waddingham), hired them to get back at her playboy ex-husband, Rupert Mannion (Anthony Head).

As if that’s not enough, the team is in shambles. There’s the cocky young star Jamie Tartt (Phil Dunster), the ageing and always angry Roy Kent (Brett Goldstein), and the big-hearted but inexperienced Sam Obisanya (Toheeb Jimoh). Just to name a few.

As the episodes unfold, so does the ensemble of characters, an impressive feat for a show with such a large cast. But character development like this, in a comedy like this, is doubly rare.

Keeley Jones (Juno Temple) for example, started as Jamie’s girlfriend, a model, and someone famous for being famous. Slowly she became a part of the team, became her own woman, and a good friend that Rebecca needs.

In the 10 episodes of the first season, Keeley has the most developed character arc in the show, which makes me nervous about where her character will go in the next season.

What makes Ted Lasso (the series) stand out, is how wholesome it is. Every single character has its flaws. Deep, meaningful, relatable, and realistic flaws. It is the way each of them is addressed is what makes this show special.

When one of the men, be it a player or someone in management, has an issue, personal or otherwise, and they are called upon, the Diamond Dogs gather. Not the album by Davie Bowie or the private military group from Metal Gear.

They are a group of confidants consisting of Ted, Beard, kit man Nathan Shelley (Nick Mohammed), and Director of Communications Higgins (Jeremy Swift). Without judgment and assumptions, they listen to each other and talk it out like adults, sharing each other’s opinions, and giving advice.

On the other side, there’s Keeley and Rebecca, two very different women who only want the best for one another and will demand so even though it may hurt the other.

Together, they represent a support system that I think we wish we all have in our lives.

You don’t have to love football to love this show

Honestly, I didn’t think I would enjoy the show as much as I did. On paper alone, there’s nothing about Ted Lasso that made me want to watch it.

I’m not a football fan, the premise seems too shallow, and a comedy feels like the last thing I want to watch right now.

But, I am glad I gave it a chance. I could not stop until all 10 episodes of the first season were done, and I learned a lot about myself in the end.

Season 2, which began on July 23 (with new episodes every Friday) sees a new character, sports psychologist Dr Sharon Fieldstone (Sarah Niles), being added to the team. And here I thought Ted was the counsellor of the team.

The Samsung Galaxy Z Flip3 5G: For Those Who Want To Live In The Now [Review]