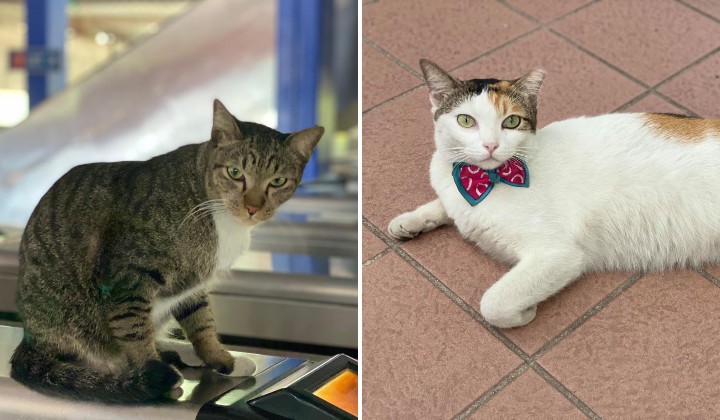 Rapid KL took to Facebook to introduce their latest #PurrfectEmployees– three kitties who have taken it upon themselves to entertain and accompany public transportation riders.

The stray kitties are peacefully “employed” at their respective train stations and have become somewhat local celebrities, as regular riders will opt to give them treats and snacks.

Si Kacak is known for his grumpy exterior and picky tastes. According to passengers, he chooses to eat only salmon kibbles and will sleep on the ticketing gates.

Apparently a bit of a gangster, this tabby cat will stubbornly claim his spot on the gates and have everyone else go around him.

Zorro is named for his black-and-white markings that look like a mask over his face, after the legendary fictional character.

He is often keeping a close eye on people walking through the station like a good security cat, though apparently he can be bribed with food– with a particular penchant for the roti boy stall.

This pretty girl is friendly with passengers and will do a good job of coming over to greet them. She enjoys dressing up and can often be seen wearing some sort of accessory that adds to her cuteness.