Becoming a member of Parliament or a State Assembly is the best way at having a career in politics. 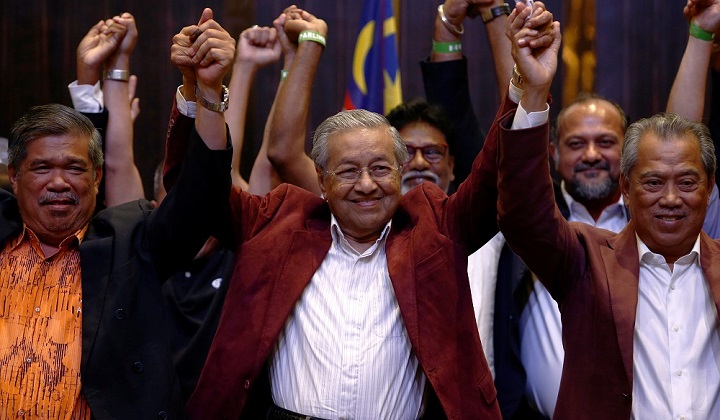 A career in politics might not be something that many people would strive for. I mean, who really wants a job where it would take a majority vote by the good citizens of the country in order for one person to land that said job.

However, for the fearless few who dream of making things better (or worse) for the nation, the best bet at getting things done here in Malaysia (legally speaking of course) is being elected as a Member of Parliament (MP) in the House of Representatives (a.k.a. the Dewan Rakyat), or as an Assemblyman (ADUN) within the 13 State Assemblies (a.k.a the Dewan Undangan Negeri or DUN).

This is because the main job of MPs and ADUNs is simply to oversee their respective branches of government and enact laws that govern the country.

MPs basically propose, debate, vote for, approve or reject laws at the federal level while ADUNs do the same at the state level.

Read More: What Does Malaysia’s Parliament Actually Do?

As Malaysian citizens, we have the authority to elect the people we want to represent us in Parliament as our MP, and people who live in one of the 13 states can vote for the person they want as their ADUN. (This is why we cast two separate ballots during elections).

So how does one actually become an MP or an ADUN?

Based on my one-hour of research on Google, there are basically three avenues for a person to either become an MP or an ADUN;

To become an MP or an ADUN, a person must be nominated as a candidate and of course win elections at either the Parliamentary or DUN level.

To run in Parliamentary elections one would need to be;

For DUNs, the same rules apply. But one must also reside in the state that they want to contest in.

Surprisingly, unlike most careers in public service, there are no academic requirements or qualifications necessary for a person to become an MP or an ADUN.

Read More: Just How Much Do Malaysian Parliamentarians Get Paid?

The country’s laws require a person running in an election to pay a deposit. If a person fails to do so the SPR has the power to reject that person’s nomination.

Election candidates would also need to pay a deposit for election campaign materials. Failing to do so means that a person or party is not allowed to put up any campaigning materials such as the usual flags, posters, and advertisement stuff to promote themselves that you’d normally see during election time.

Putting up campaign materials without paying the deposit can land a candidate in jail for up to a year or pay fines of up to RM3,000 or both.

Electoral candidates would also have to provide a statement of all the expenses that they receive or paid during the election process.

What’s so special about being an election candidate?

Besides the honor and prestige of representing the rakyat, election candidates have special privileges during election times where they are allowed to visit and oversee the polling process and how each vote is tallied.

Disqualification of an election candidate

A person can be disqualified from becoming an election candidate if;

Having done all that, all a person needs to do now is simply win the hearts and minds of the people, as well as the corporations, special interest groups and lobbyists, to garner enough support to achieve victory.

So good luck, and may the odds be in your favour for the next elections.