If there’s one thing we can agree on, it’s that rice is best cooked in a RICE COOKER, BEN. 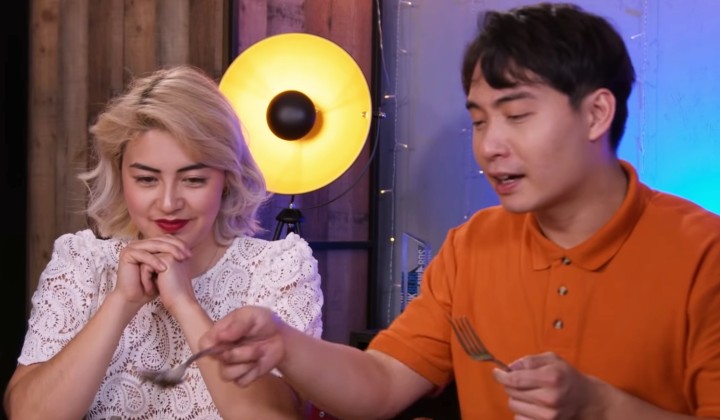 The Malaysian/Singaporean food fight is everlasting within the two countries, but to other countries, we are two peas in a pod- especially when it comes to food.

Of course we know that that’s all hogwash (and that Malaysian food is naturally superior, because what is red maggi goreng? Someone make it make sense), but when it comes to dishes like nasi lemak and laksa, sometimes Malaysians and Singaporeans can come to an agreement.

In a rare and rather heartwarming scene, the two were quite good in doing the one thing both Singaporean and Malaysians agree on: judging and criticizing attempts at cooking our local dishes together.

The British channel described the the two dishes, nasi lemak and laksa, as “Singaporean” dishes. We too were surprised that Uncle Roger did not defend our claim on our national dish, but I suppose we had to show unity in front of our ex-colonizers.

They tried their best

The two British hosts, who had to compete with each other, at first seemed relatively knowledgeable about what they were doing, explaining their thought process behind the two dishes. They seemed suitably intimidated by the presence of Elizabath Haigh, who does hold a Michelin Star after all.

Then they actually got around to cooking. Despite a few times when both Elizabeth and Uncle Roger audible sighed or explained that certain ingredients does not go well that way, the hosts still did things their way.

Of course, it might be part of the show to continue on regardless for the judges’ reactions, but it reminds me uncomfortably of how those in foreign cultures like to take our things and make it unrecognizable to us. (Like how rendang is “meant” to be crispy, of course.)

Uncle Roger walked around in usual Uncle Roger fashion, with his ‘haiya’s and mental preparation to be disappointed. When we saw that the British host was cooking nasi lemak rice on stovetop though, we had to agree with his loud sigh.

Still, credit must be offered to the two British hosts, because they still did relatively well regardless, and their end results looked… quite good.

We’re still not sure why one of them insisted on adding “coriander oil” to laksa, though.

Watch the full video here and see if you agree with Uncle Roger on this one: