The kid brother was driving his older brother’s car with an expired license. 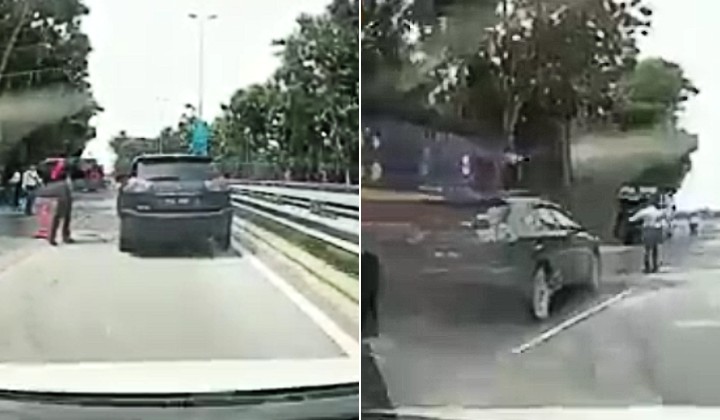 A 21-year-old man with an expired driving licence had run away from a police roadblock on the Damansara-Puchong Expressway (LDP) because he was afraid of getting into trouble with his elder brother.

Dashcam footage dated 12 June and released by the Royal Malaysian Police (PDRM) official Facebook page showed a black Toyota Lexus SUV being ordered to stop at the police checkpoint before fleeing off into the distance.

During the daring escape attempt, the vehicle barely missed an officer who tried to stop the suspect from bolting.

According to the police, the suspect’s 31-year-old brother and the actual owner of the SUV had come in to assist investigations and later help turned his younger brother in.

Apparently, the kid brother was afraid of getting scolded by his big bro for driving his car with an expired license.

Police say that the suspect had tested negative for drugs and was immediately issued a saman for driving with a dead license.

The case is also being investigated under Section 78 (2) of the Road Transport Act 1987 (Act 333) for failing to comply with authorities during a police stop which can carry a maximum punishment of RM2,000, 6 months in jail or both.