The surrounding area was said to be home to gibbons and other wildlife. 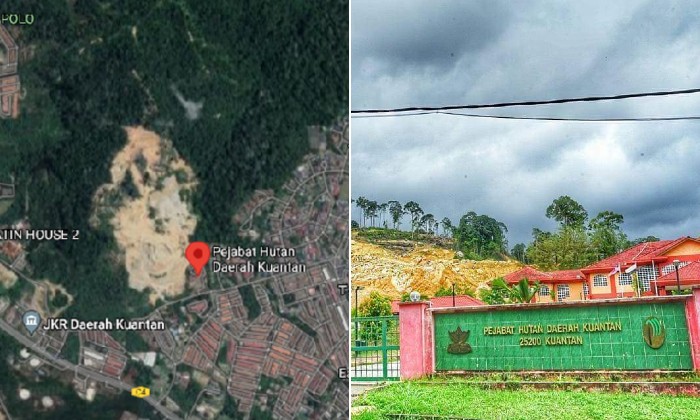 Laugh or cry, Malaysians were bewildered by a ‘missing’ patch of forest supposedly near the Kuantan District Forest Department in Pahang.

Images circulating online point to the irony of how a small hillside apparently located next to the department’s office building and in the middle of Pahang’s state capital, laid barren and devoid of trees.

this forest files is something that EVERY malaysian should read.

part 4 of the forest files uncovers all the obstacles in forest conservtion which include huge discrepancies between official records & the reality cited by a retired FRIM deputy director general. https://t.co/UXeDpjiWNa

Coming in with more deets, social media detectives also provided the most recent satellite images of the area taken from Google Maps as evidence to the extent of the deforestation there.

Besides voicing concern over the situation, netizens claiming to be familiar with the area also noted how wildlife such as gibbons makes the forests there their home.

A trivia about this place.

Gibbon calls can be heard miles away during early morning. The area also has small crystal clear water creeks that is connected to the Indera Mahkota parts.

Are we losing our forests?

A 2020 report by the Global Forest Watch organisation revealed that Malaysia has lost over 17% of our remaining forests in just as little as 10 years.

A year earlier, a report by Mangabay claimed that the country has the world’s highest deforestation rate between 2000 and 2012 – losing more than 47,278 square kilometres of forests in that period of time.