The bald pakcik and accomplices were arrested for robbery. 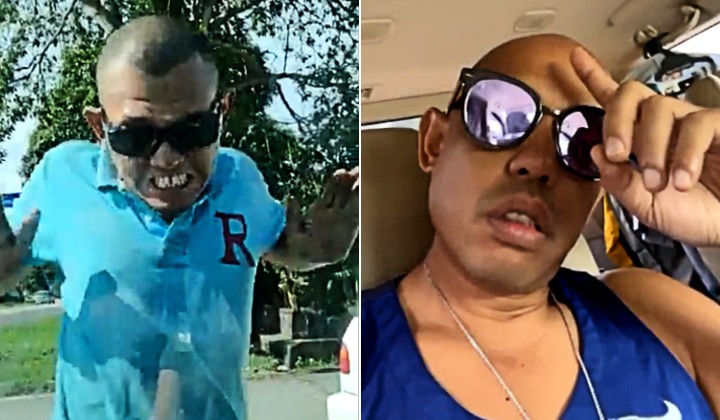 “That bald uncle isn’t me, damn it!” cried local rap star Joe Flizzow after Malaysians had turned his likeness into the internet meme of the day.

Netizens went havoc over the celebrity’s viral look-alike who’s claim to fame came as a prime suspect of a robbery that was caught on video.

Taking the opportunity to let their creativity loose, social media users showered the timeline with their comedic take on the ones they claim to be two peas in a pod.

Not wanting anything to do with the new doppelganger that was introduced to him, Joe came out with a video of his own, denying any relation to the “bald pakcik”.

The meme, the legend

Me giving my love to you at full force pic.twitter.com/jDvmfJtlnU

According to reports, the robbers had rammed into the back of their victim’s car before beating them up and mugging them of their belongings.

Two separate clips had shown the suspects wielding weapons, smashing the car’s window and attempting to hit the car’s passengers as the latter records the scene on tape.

Police said that all four individuals aged between 23 to 35-years old have been arrested.

Adibah Noor: Tributes Flood In For Malaysia’s Queen Of Entertainment