Vogue describes Yuna as someone who constantly challenges stereotypes while staying loyal to her faith. 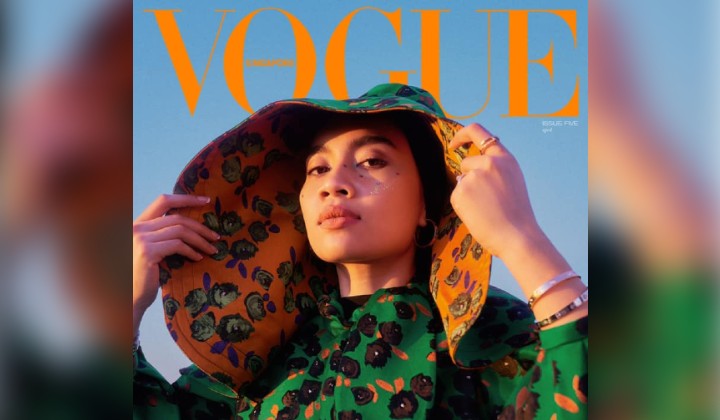 Malaysian songstress Yuna proves once again that the sky truly is the limit as she graced the cover of Vogue Singapore’s April 2021 issue, and subsequently featured on the Vogue Global Network.

Vogue Global Network unites all of Vogue’s digital platforms around the world via a central editorial team that celebrates global talent. It touts itself as the “go-to for world-class fashion photography and intelligent, thought-provoking interviews, opinion and news.”

Yuna on the cover of Vogue

On the Vogue Global Network Instagram account, an impeccably dressed Yuna gazes into the camera with utmost confidence. This very confidence is what landed her on the cover of Vogue Singapore in the first place.

Women just need to bring it. You shouldn’t apologise for being yourself, especially Asian women. You deserve your time to shine.

The Malaysian singer-songwriter admitted to the esteemed publication that her journey in the industry hasn’t been the easiest journey. “Being a Muslim southeast Asian woman in the American music industry, I’ve gone through every single thing — being put in the Muslim box, or the hijabi box, or the southeast Asian box, or the ‘we don’t know where to place her’ box — but I’ve managed to find my people, those who understand what I’m doing and listen to my music.”

Vogue describes this incredible talent as someone who lets nothing but her talent define her and “constantly challenging stereotypes while staying loyal to her faith.”

Following this incredible feature, the Kedah-born musician took to Twitter to express her amazement with the most Malaysian statement ever – an exclamation of “Wehh” along with three emojis.

Malaysians online have also flooded the Vogue Global Network with declarations of love and support for this Malaysian icon.

It’s not the first time Yuna has represented Malaysian talent globally though –  she was previously featured twice on a digital billboard in Times Square in 2016 and 2019, and once again on a billboard in New York City (NYC) in May 2020 for the US celebration of Asian American and Pacific Islander Heritage Month (AAPIHM).