The public is encouraged to be the eyes and ears of local authorities. 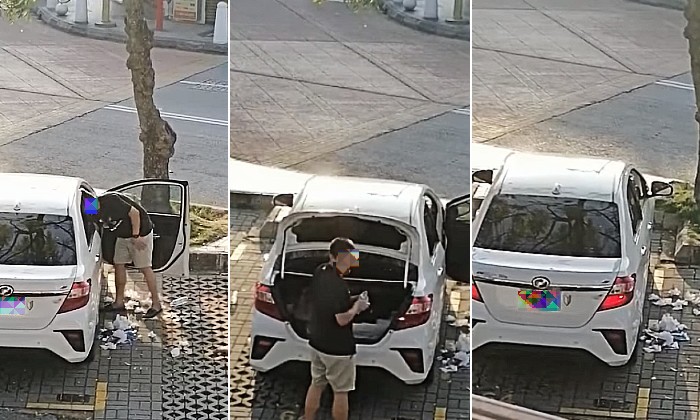 A local litterbug might think that he had gotten away scot-free after allegedly dumping a mess of rubbish from the inside of his car out onto the streets of Penang. However, one video would quickly prove that in today’s world you can never be too sure of who might be watching your every, dirty move.

The Penang Island City Council (MBPP) is looking to serve justice to a man who was caught littering at a parking lot in Georgetown, following footage of his actions caught on camera by an eco-conscious samaritan going viral.

The three-minute clip being shared on social media showed the man appearing to be emptying out garbage from the interior of his Johor-registered, white Perodua Bezza, onto the street where the vehicle was parked.

A pile of trash made up of empty bottles, scraps of tissue paper and other miscellaneous junk was seen littered on the ground as the man walks around to tidy up the rest of his vehicle before driving away.

Besides being trashed online for his unhygienic behaviour, the MBPP explained that his actions warranted punishment under Section 47(1)(e) of the Street, Drainage and Building Act 1974 (Act 133) for dirtying public places which carries a fine of RM500 and RM1,000 for subsequent offences.

MBPP also encouraged the public to continue being its eyes and ears and report any such immoral behaviour that they may encounter.