He spoke Mandarin for the entirety of the video and even posted the caption in Chinese. 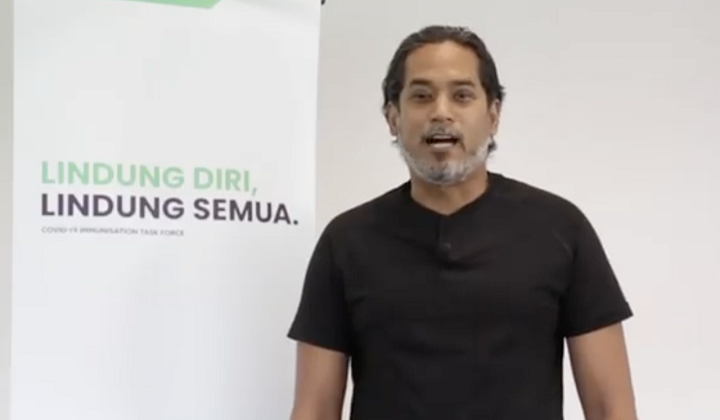 He spoke entirely in Mandarin over a 24-second video after receiving the Sinovac vaccine at 1.30pm at the Rembau Hospital.

“Hello everyone. I just had the Sinovac vaccine. I would like to say that it is safe. I feel very good. The Chinese language has suddenly become better too. Whichever vaccine you have, it is safe. Let’s beat the virus together. Protect yourself and protect everyone!”, he said in Chinese.

Netizens were impressed by his performance and even attributed his linguistic prowess to the China-made vaccine.

The video, posted on his Facebook page, drew more than 4,500 likes and 850 comments
within two hours of it being posted.

Netizens praised Khairy, who is also National Covid-19 Immunisation Programme
Coordinating Minister, for his effort in learning Mandarin to motivate the Chinese
community to go for Covid 19 vaccination.

Some were not surprised by his fluency, saying that he would have practised beforehand.

Mohammad Arif Kamarudin suggested that the vaccine linguistic effect varies, depending on the country of origin.

“My friend still fails his English even after his Pfizer vaccine,” he said.

Another netizen, Gavin Chew, suggested that he included Malay and Tamil in his speech.

“This is to reflect the diversity of Malaysia as a multi-racial nation. Furthermore, the main message should be the importance of vaccination,” said Chew, a healthy ageing marketing specialist.

The video can be watched below.