Social activities and gatherings are banned during MCO 2.0 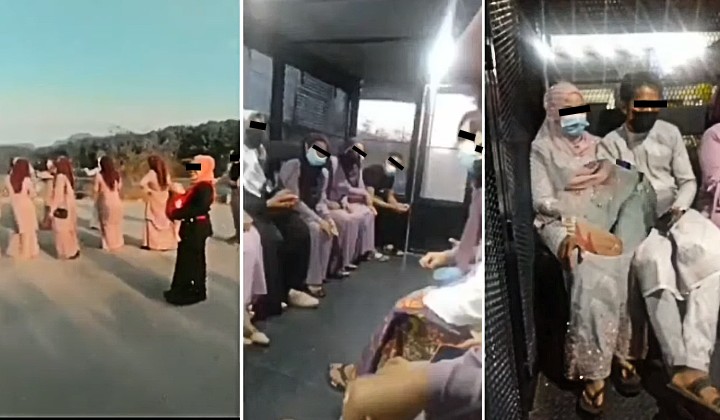 A newlywed couple in Langkawi, Kedah received a serenade of police sirens when they, along with 17 of their bridesmaids were detained and slapped with a RM1,000 fine each for having a wedding photoshoot during the Movement Control Order (MCO) period.

According to police, the “wedding party” was spotted wearing matching outfits on a Wednesday evening (3 February) while they were snapping a few pictures by a river near a housing area in Ayer Hangat.

Police said that a few people from the group – who were between the ages of 17 to 28-years-old – were residents in the area while others came from other parts of the island.

All 19 of them together were escorted back to the Kuah Police Station for not having valid reason to be outside during the MCO and issued compounds individually before being released.

Pics or it didn’t happen!

A video of the whole incident also apparently made its way on to social media.

The clip showed the alleged wedding party merrily posing for pictures before showing them being hauled away to the police station in the back of a “black maria” lorry.

The government had issued a ban on all social activities and gatherings including engagement parties, wedding receptions, religious events, reunions as well as retreats with the instalment of MCO 2.0 in January.

Reportedly, some Malaysian couples are also forced to postpone or cancel their wedding plans because the National Registration Department (JPN) are apparently not allowing new marriage registrations for the time being.

However, some states like Kedah and Selangor have issued guidelines for Muslim couples to be married at their respective state religious authority offices or through video conferencing.