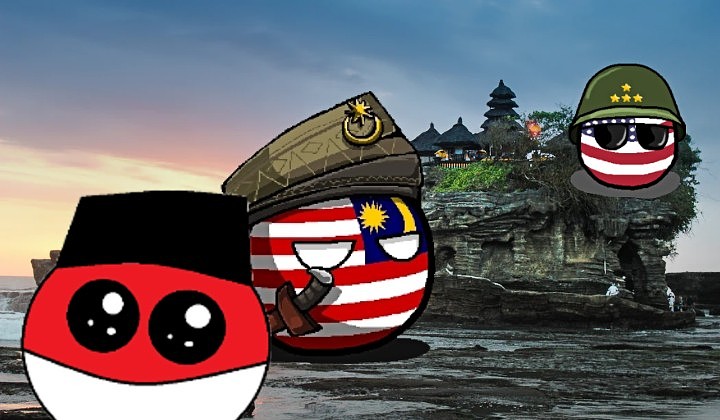 The relationship between Malaysia and Indonesia can be best described as a bittersweet rivalry. We fight each other over attention and resources, lay claims on things we basically share and constantly throw insults at one another at any given chance.

But if it’s one thing that both countries and its people can find common ground on is our disdain for foreigners who take us for granted.

Malaysians took to social media to share their thoughts and experiences with foreign tourists and migrants following viral news of an American “digital nomad” who received backlash for making comments about the good life she and other expatriates were enjoying in Bali, Indonesia.

Reportedly, an American entrepreneur who lived in there since 2019 had upset Indonesians when she wrote on Twitter of how migrating to the island had been a “game-changer” and the “perfect medicine” for her life.

The woman went on to tell how she and her girlfriend were living an “elevated lifestyle” in a treehouse on the island for around just RM1,620 compared to the RM5,200 she would be paying for a Los Angeles studio apartment back in the United States (US).

She later described her decision to “wait out” the Covid-19 pandemic in Bali and listed several benefits of living there as it was; safe, cheap, luxurious, LGBTQ-friendly, before plugging in her RM121 ebook entitled “Our Bali Life Is Yours” – described as a guide to living the dream life on the island paradise.

Not exactly the island paradise

The woman’s island paradise dream quickly turned into a nightmare as people began criticizing how foreigners, particularly those from western countries, experience a different Indonesia than locals do.

Netizens called out the privileges enjoyed by foreigners who often ignore or are the cause of the problems that exist in the community besides pointing out the sense of entitlement some westerners have while travelling to the region.

im sorry, but as a young Indonesian queer woman i was fucking livid at her audacity for plugging her tips and tricks on how to cheat the visa system to live an “elevated” life in Bali while I am here stuck in the closet in fear of persecution and struggling to make ends meet. https://t.co/ONmE8QMR0N

The main problem is they are advertising Bali as a paradise getaway during a global pandemic. When their country and countrymen are already in shambles and suffering to make ends meet, they are asking other ppl to come and take advantage of the cheap expenses here.

take advantage of the protocol loopholes. she said the advantages are even if you’re poor in US you can live in luxury in bali and the people are queer friendly. so indonesians tried to tell them how asking other people to come here during a pandemic would make covid worse

People also commented on how westerners in Bali and other parts of Southeast Asia gentrify or change the social and economical situation in a community – making life harder for the locals who live there.

so basically using the privilege of western education to become upper class in an asian country where most people can only clean such houses. yeah that doesn’t sound problematic at all.

Even though Bali economy thrives in tourism, many of their locals still rely on agriculture and fisheries for living. Now with all the land taken up by hotels, villas, and buildings for expats to live there…how is that any different from gentrification?

Netizens also argued how the entrepreneur who claimed to be making her income from the US was breaking Indonesian law by doing so on a tourist visa and not paying the appropriate taxes.

She mentioned that she stayed with tourist visa and currently working in Bali. Furthermore, tax treaty only applicable if she has a working visa😊😊😊 too bad you deleted the tweet, I guess, I was about to reply to the tweet about tax treaty

ACTUALLY we don’t care about your skin color but the audacity to overstay ur tourist visa, work from here and not pay the obligatory income taxes for foreigners who stayed more than 6 months, encourage people to travel & live a luxury living w/ low cost in bali during pandemic 🖕 pic.twitter.com/Lqg9CMOQgR

As criticism raged on, Malaysian social media users began voicing their support for their Indonesian neighbours against western trevelers or nomads who’ve might overstayed their welcome.

Americans : Indonesia, Malaysia and Thailand is so cheap to travel we can exploit and live like kings.

Oo, we both have signs! pic.twitter.com/Bfz5CGD4N6

People also started sharing news articles, images and videos of westerners misbehaving in Asia for laughs and to make a point on how some nomads were more trouble than their worth.

thread of Europeans and Americans behaving badly in Thailand:

starting with these two men who were arrested & charged for taking an inappropriate selfie in front of Wat Arun pic.twitter.com/Amc20Vp8AB