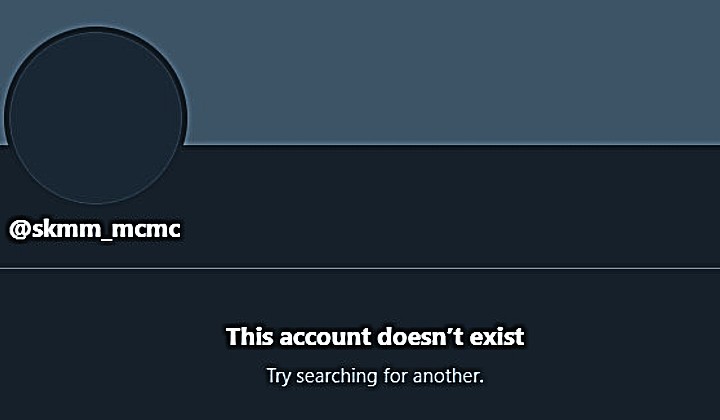 The Malaysian Communications and Multimedia Commission (MCMC) temporarily suspended its Twitter account on 12 January after netizens stumbled upon some 7 year old weird and “un-MCMC-like” postings attached to the official @SKMM_MCM tweet handle.

After issuing a public statement reminding the public to be careful of what they express online about the enforcement of the Movement Control Order (MCO) and the announcement of a state of Emergency, the agency’s tweet handle reportedly became the target of social media users who began resharing a number of out-of-context and offensive postings made by the account dating as far back as 2013.

— malaysia was a mistake sukarno shouldve nuked us (@kuihsepotong) January 12, 2021

The Twitter account was later deactivated and the agency went to advise the public not to be influenced by the “suspicious, unsightly and defamatory” postings, explaining that the messages were not sent by MCMC and that their account had been “hacked by irresponsible parties”.

As the issue went viral, one social media user later stepped up to claim that he was the original owner of MCMC’s official account before the agency apparently took it over.

Speaking to Malay Mail, 22-year-old Nazrul Hakim explained that he had sold his old Twitter account which had around 50,000 followers at the time to someone who had offered him RM1,300 for it.

Nazrul said that he had turned over his username and password to another individual after receiving an online payment and had not bothered to delete any of his old tweets before doing so. He also mentioned that he didn’t know that his old account would end up being one of MCMC’s official social media channels.

I was then just 15 or 16 years old. As a schoolkid, of course, I wanted to feel what it’s like to have money. By God, I did not know the account would become MCMC’s official account. I was just a kid, so surely there would be some nonsense, disgusting posts. But I now regret saying those things.