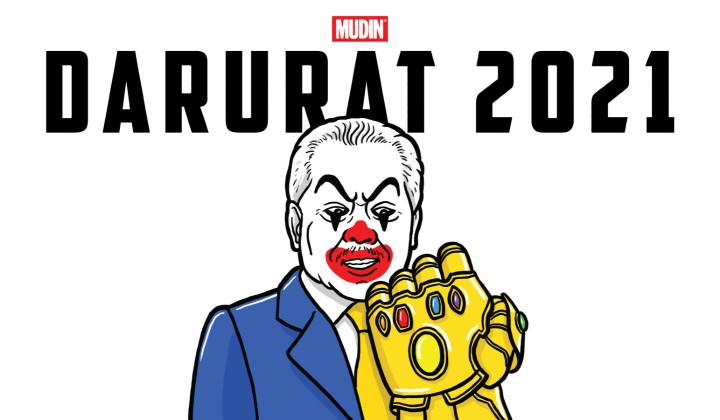 The internet generation processes trauma through memes, so naturally the MCO2.0 and State of Emergency that was announced last night and this morning respectively were prime meme material.

Once Malaysians had woken up sufficiently, they took to the humourous internet language to share their thoughts in one succinct image.

Here are a few of our favourites:

1) Our national bomoh needs to make a comeback, if only to lift our spirits a little bit.

The only man who can save us all right now #darurat #PKP pic.twitter.com/hc5WXI4JXp

2) Prime Minister Tan Sri Muhyiddin Yassin photoshopped onto Senator Palpatine (Darth Sidious) from Star Wars: Attack Of The Clones during his speech where he, too, seized power through an emergency vote.

3) Umno secretary-general Datuk Seri Ahmad Maslan was lambasted for saying that the General Election should still be held despite the Covid-19 situation, since people are queueing up at supermarkets and grocery stores already anyway.

4) President Donald Trump in the USA also tried to declare a state of emergency to avoid the transfer of power to President-elect Joe Biden.

7) It appears that Malaysians are taking the one day before the MCO comes into effect to go home.

Me trying to have a meeting with my team while watching the darurat announcement. pic.twitter.com/HvOYk4iSlH

9) And of course, the dashing of our hopes and dreams for a peaceful 2021.

But of course, even if memes are the way we communicate now, the Malaysian Communications and Multimedia Commission has issued a cautionary statement, warning social media user to not go overboard while they make fun.

Muhyiddin Has Been Appointed The National Recovery Council Chairman