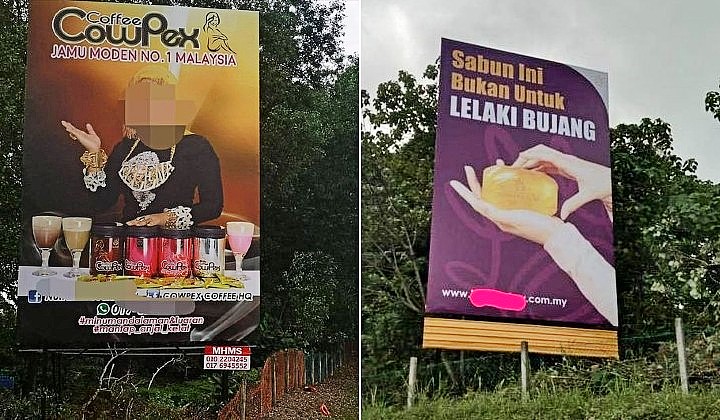 A local sex education activist managed to get a supposedly obscene roadside billboard taken down.

One billboard in Selayang had advertised a traditional health supplement brand for women called “Cowpex” which promises to rejuvenate its consumers, while the other (we’re not too sure on the location) had showcased an ad for an enhancement soap product for men.

Besides questioning how the billboards were approved in the first place, Akhi Fairuz also expressed his concerns that indecent and sexually latent advertisment are being normalised in Malaysia.

After his post went viral, Akhi Fairuz revealed that the Selayang Municipal Council (MPS) had responded by taking down the billboard from public view.

He added that his effort to have the advertisement removed was just the beginning of his mission to fight against the normalization of obscenity in the country.

From this. To this. pic.twitter.com/0ES3tmrdls