The stadium would be open for training, matches and private bookings. 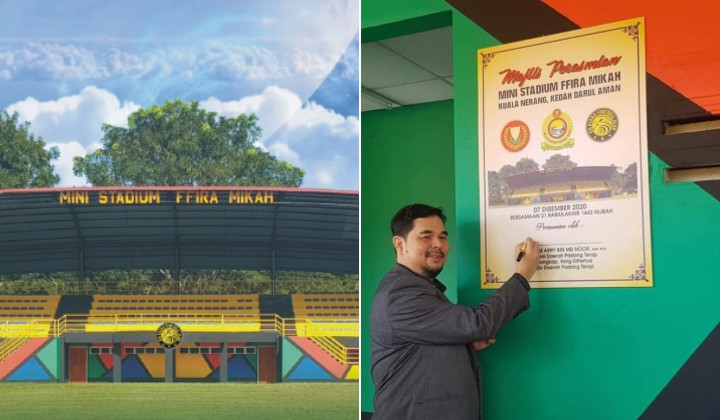 A Kedah state official became the subject of criticism after Malaysians caught on that a newly built football stadium there had been christened with his name, spelt backwards.

Netizens were quick to notice that the “Ffira Mikah” mini-stadium in Kuala Nerang bore a similar resemblance to the name of Padang Terap District Officer Hakim Ariff Md Noor.

The official was recently photographed during a signing ceremony handing over management rights of the stadium from the Padang Terap District Council (MDPT) to the KN Kiara Football Club.

The football club had its start in 2018 to encourage youth participation in the sport, especially among Sekolah Kebangsaan (SK) Padang Terap students and kids within the district. The club is already seen holding membership auditions at the newly opened stadium.

The stadium itself is said to be the venue of future football training sessions, matches and other sports activities and is also open for public reservations.

We’re still unclear on how the stadium might have gotten its name, but TRP is attempting to contact Padang Terap officials for comments.