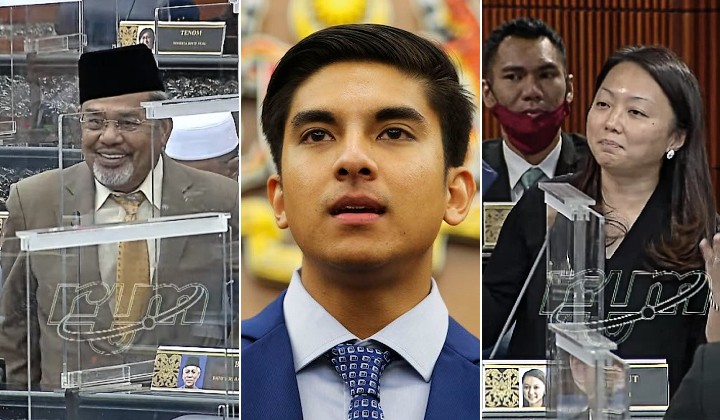 During a Parliament sitting on 1 December 2020, Syed Saddiq was told by Tajuddin not to interrupt his line of questioning for Puncak Borneo MP Willie Mongin.

During which, Syed Saddiq said to Tajuddin that his “cucu” or grandchildren were watching the live Parliament hearing. “People are not going to forget this Yang Berhormat.” replied Syed Saddiq as Tajuddin repeatedly ordered him to sit down.

Hannah Yeoh claimed that Tajuddin had breached Parliament Standing Orders or rules with his earlier comment towards the Muar MP.

Standing Order, 36 – 4, Pasir Salak called Muar budak. This is not the first time Muar has been called a budak. This is bullying and other “children” are watching the proceedings.

While Opposition MPs tried to make their case, Tajuddin can be heard in the background saying that there was nothing wrong with his budak remark as he was older than Syed Saddiq.

The Speaker who seemed frustrated by the ordeal however ignored the interjection and ordered sessions to continue.

As Hannah Yeoh mentioned, this was not the first time Syed Saddiq has been referred to as a budak in Parliament. In August, Baling MP Datuk Seri Abdul Azeez Abdul Rahim had made the same remark towards the 27-year-old Muar politician.

According to the Standing Orders of the Dewan Rakyat, an MP cannot use offensive language or make sexists remarks to another during a proceeding.