Our teachers make invisible and thankless sacrifices to provide us with an education. 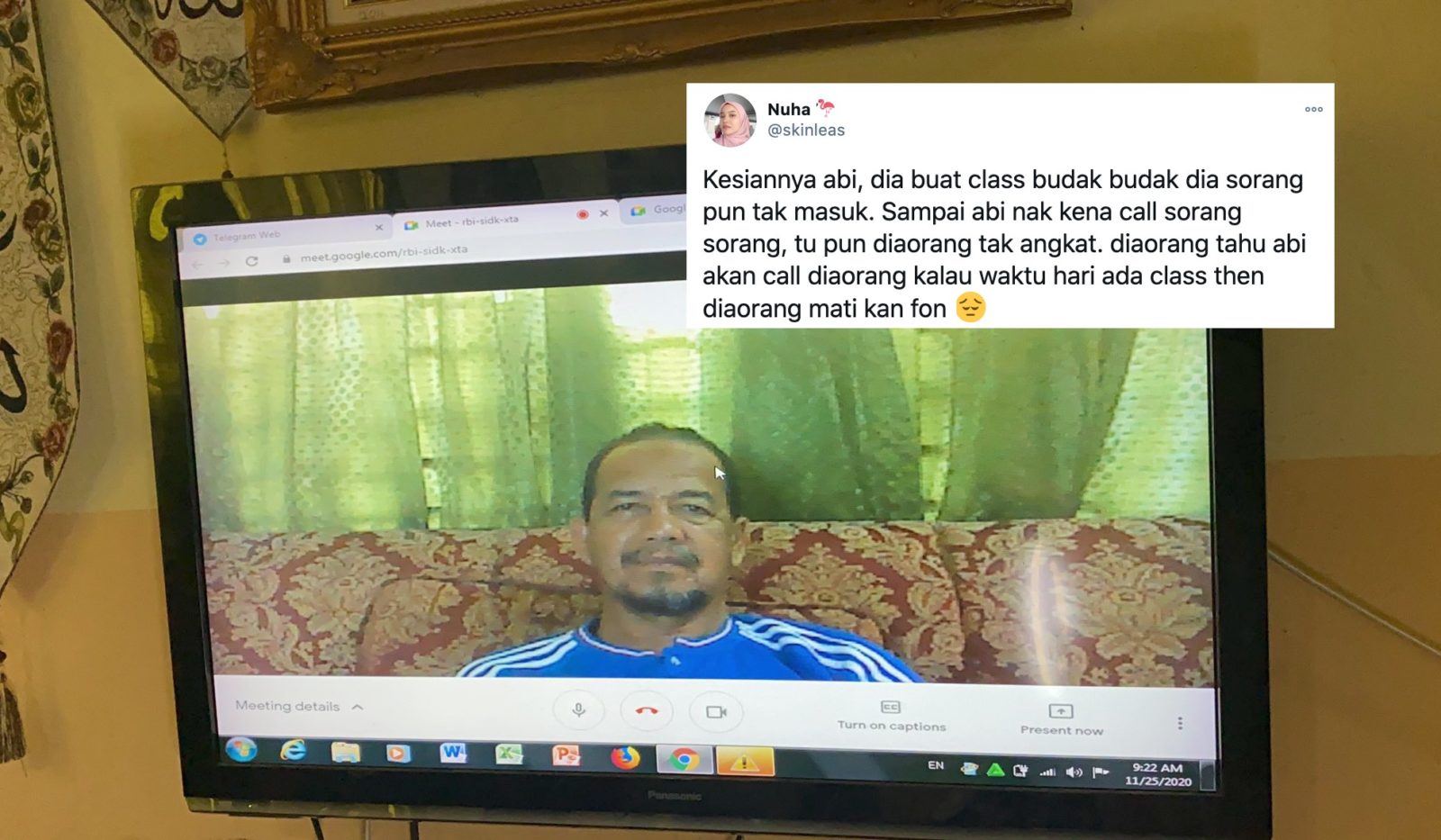 Teachers and students alike have had to make significant adjustments to learning and teaching during this pandemic.

Students have had to learn self-motivation and problem-solving skills to ensure they can take part in the online learning programmes hosted by their teachers.

Meanwhile, teachers who may not have been tech-savvy are now forced to not only organise online teaching programmes but also find ways to teach their students using different tools than they were used to.

These challenges have come to light in a recent tweet that has gone viral in the Malaysian Twitter-sphere.

Twitter user @skinleas shared how her dad, high school teacher Mr Mustakim, organised an online learning session on Zoom for his students. Yet, after almost an hour after the session began, not even one student showed up for his online class.

What’s more, when he tried calling each student to remind them of the class, they ignored his phone call. @Skinleas also shared that in the past, some students downright kept their phones switched off on days when they knew there would be class so that Mr Mustakim wouldn’t be able to contact them.

Although it seems like his students are being very irresponsible, uncooperative, and ungrateful, @skinleas added that some students had informed her father that they were unable to attend his online classes because they have to work.

@skinleas also pointed out that these students are in Form 5, and will be facing their Sijil Pelajaran Malaysia (SPM) examinations soon. As such, they should be focusing on their studies instead of working.

Regardless, this incident is a perfect example of the difficulties faced by some underprivileged students who don’t live in a conducive learning environment at home.

To show her support, @skinleas attended her father’s online class to cheer him up and shared the incident on Twitter, which led to more Twitter users joining his class too.

An impossible feat for teachers as well

The story gets sadder when you realise the hardwork Mr Mustakim had put into organising the online classes for his students.

@skinleas shared how her father had asked her to teach him how to use Zoom and Google Meets to accommodate his students’ needs during the pandemic.

Unfortunately, the effort he put into his class are lost on his students who have not realised the sacrifices he’s made as a teacher to ensure they get adequate opportunity to a good education.

Thankfully, Mr Mustakim is able to continue positively. He posted a tweet himself, thanking all the Twitter users who showed him support online, and asking them to pray that his students are successful in their SPM exams.

We wish Mr Mustakim all the best in his endeavours and thank him for his tireless efforts in educating our youths!