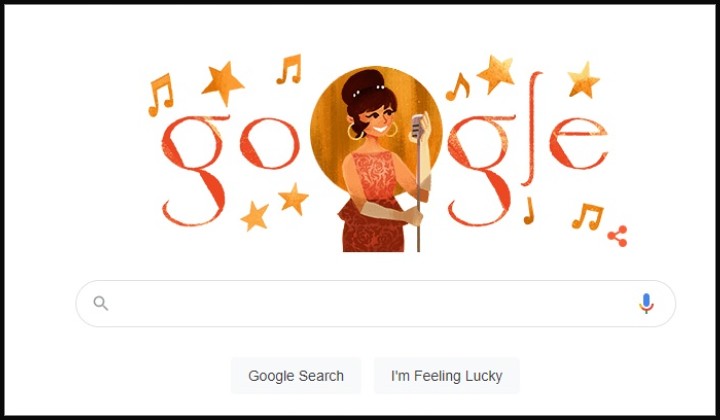 A lovely surprise awaited Malaysians today as they opened up Google search to be welcomed by a lively doodle of the stunning Saloma.

A trend-setter of Malaysian entertainment from the late ‘50s through the early ‘80s, Saloma recorded over 500 songs, and through her charismatic film work she paved the way for future generations of female actors in her country.

The Singaporean-Malaysian actor, singer and fashion icon was a trendsetter who rose to fame in the 1950s and was especially known for her “lemak merdu” (full and sweet) singing voice.

This particular Google tribute is to commemorate the day she was awarded the nation’s first Biduanita Negara (National Songbird) in 1978 – a historical moment as the first recipient of the award.

In fact, this award is so exclusive that the only other recipient is the late Datuk Sharifah Aini.

Born Salmah Ismail in Singapore on 22 January, 1932, Saloma began training as a vocalist at the age of 7.

In her teenage years, she began performing professionally -touring nightclubs and weddings as a professional singer.

But her star really began to rise when Saloma transitioned to acting during the 1950s, where she made her name for herself.

This is when we were introduced to her signature coiffed hairdo and stylish frocks, many of which she sewed herself.

Saloma starred in movies throughout the ‘60s and released albums for the rest of her life with a staggering 500 songs under her belt.

Thank you, Saloma, for using your artistic gifts to inspire women in Malaysia and beyond to be themselves.

Besides the Doodle, Google also created a YouTube playlist of her most memorable songs, including the iconic “Bila Larut Malam” – which appeared in the movie “Labu dan Labi”, and “Selamat Hari Raya” which has become THE Hari Raya theme song for Malaysians.

There will also be a Saloma-themed trivia quiz on the Google Malaysia Twitter page, offering prizes of limited-edition Saloma Doodle t-shirts. Good luck!