The short film beat 150 other video entries from 35 countries. 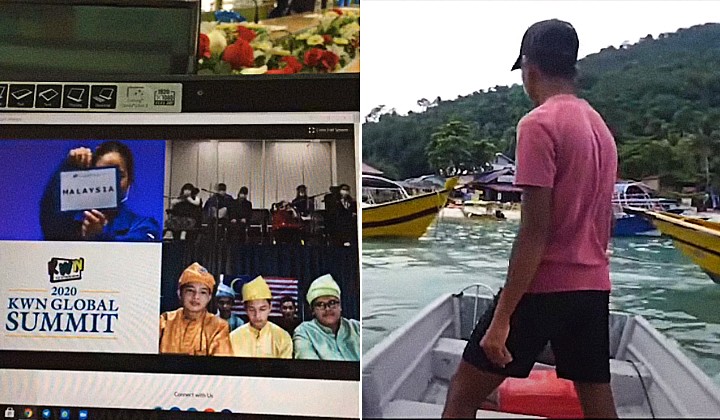 A team of amateur filmmakers from a secondary school in Terengganu scored themselves a winning trophy at the international Panasonic’s Kid Witness News (KWN) Global Summit 2020.

The film was produced in 2019 and competed against 150 other short videos submitted by youths from 35 countries including Japan, China, Vietnam and Brazil.

The five-minute short centres around the life of a boy named Mansur, who works as a boatman to support his family.

This year, the summit was held remotely from Japan due to the Covid-19 pandemic.

A video posted on social media sees the production team, who were dressed in colourful Baju Melayu, gleefully accepting their award live via video-conferencing. While other footage showed their teachers equally elated and celebrating their victory.

Despite not winning any awards, another proud mention of Malaysian youth participation at 2020’s KWN summit is a video entry made by primary students from Sekolah Kebangsaan (SK) St. Thomas in Kuantan, Pahang.

The film titled “We are all innocent”, shares insight into school bullying and advocates for children to be brave and stand up against adversity.