It’s all part of a larger plan to make Malaysia the preferred destination for film productions and post-production activities. 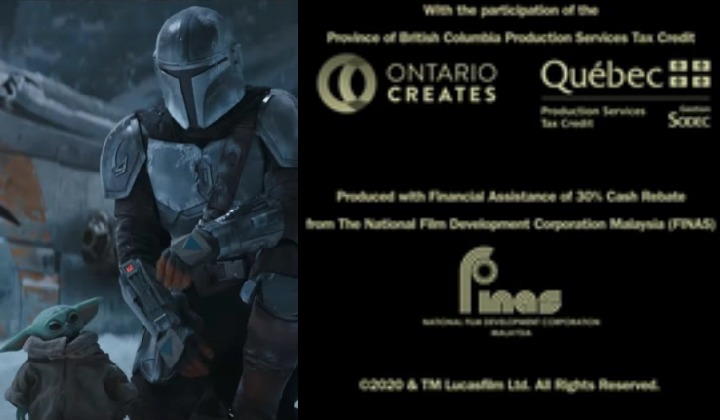 The credit to FINAS states that the episode was produced with financial assistance of 30% cash rebate from the Malaysian government body.

Latest episode showed The Mandalorian had financial assistance from FINAS

So, why is FINAS involved in The Mandalorian’s production?

Well, it turns out that it’s all part of a larger plan to make Malaysia the preferred destination for film productions and post-production activities.

The 30% cash rebate mentioned in the end credits is part of the Film In Malaysia Incentive (FIMI) subsidy programme that gives incentives to foreign filmmakers who utilise Malaysian talents and locations.

As it might not be known to many, I would like the world to be informed that FINAS provides incentives through FIMI, for both film productions and post-production activities. We are working closely with production companies to encourage the growth of the creative industry in Malaysia. I take this opportunity to welcome film producers of every country to invest their productions in Malaysia, as FINAS will subsidize 30% of all expenditures made in Malaysia. Through FIMI, the cost of production and post-production can be competitively comparable with neighboring countries with exceptional production quality, and remarkable visual effects.

To qualify for this subsidy, The Mandalorian actually engaged with the Kuala Lumpur office of Base Media – a leading visual effects and animation studio that’s done work on other Hollywood blockbusters such as Aquaman, Avengers: Infinity War, Star Wars: The Last Jedi and More!

Besides Kuala Lumpur, the company also has offices in China and Los Angeles.