Road accidents are responsible for 3.7% of the total deaths in Malaysia. 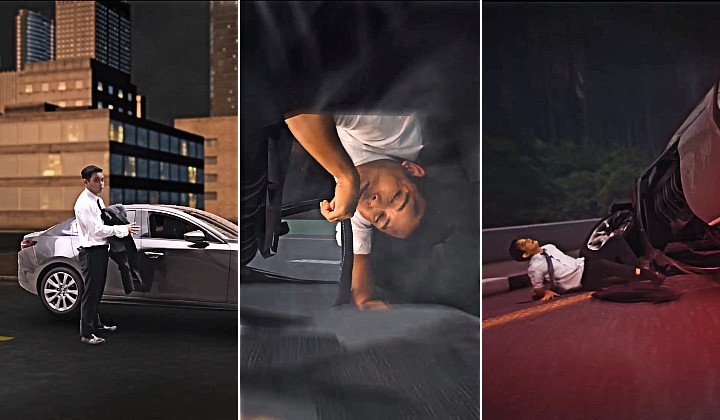 They say that visuals are among the best mediums to communicate, entertain and convey information, and it appears that Malaysians couldn’t agree more with that assessment after watching Astro Awani’s very eye catching news segment on road accidents.

Awani 7:45 presenter Luqman Hariz went viral after getting himself in an impressive computer-generated (CGI) car crash to educate viewers on what-to-do if they were unfortunate enough to get into an accident.

At around 4-minutes long, the video sees the TV host getting behind the wheels of a CGI car before losing control of the vehicle on a dark simulated highway.

As the car laid totalled and upside down on the road, Luqman went on to list down simple steps on what people should do when finding themselves in similar circumstances which include tips like to remain calm during an accident and for drivers to always be aware of what’s going on before, during and after a crash to aid with investigations.

Read More: Finally, Proof That Malaysian Drivers Are The WORST

Netizens were more than impressed by the striking visual display and how adamant the presenter was at his job.

Where can i get behind the scenes? Btw great job👍🏻

Previously, Luqman went for a CGI swim during an informative report on flood disasters in Malaysia.