BERNAMA said that the “fake news” was an attempt to discredit the agency. 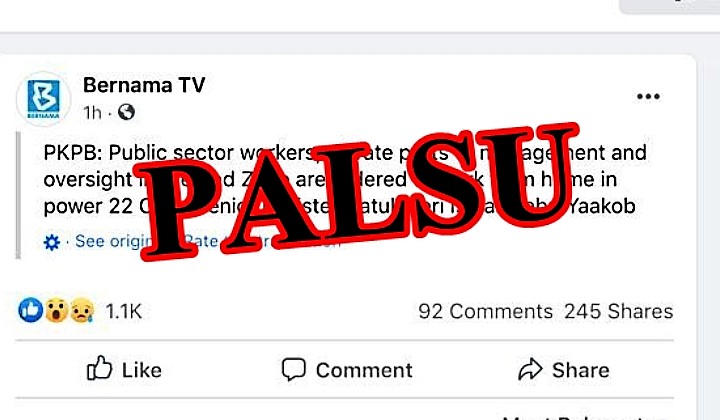 The Malaysian National News Agency (BERNAMA) lodged a police report over the wide circulation of a short news update it made on social media that got a little lost in translation.

The post had information on the enforcement of the Conditional Movement Control Order (CMCO) in the Klang Valley and Sabah beginning October 22, 2020.

A version of the report which had been translated to Bahasa Malaysia via Facebook’s auto-translation function was screenshot and shared on social media, arguably for laughs.

Supposedly, the original post, which has since been deleted, was badly mistranslated to include the word “private parts” in the message.

BERNAMA later released a statement declaring that the mistranslated post had been “fake news” and stated that it was an attempt to discredit the government news agency as the viral image had borne its official logo.

The agency also said that it plays a critical role in disseminating accurate information to the public.

Malaysian authorities had announced that legal action can be taken against fake or parody news accounts with a brand or logo that resembles a well-known body or organisation or dignitaries.

Separately, in 2019, the Pakatan Harapan (PH) administration had repealed the controversial Anti-Fake News Act 2018 (Act 803) which prosecutes those found guilty of spreading fake news with jail time of up to 6 years and fines of up to RM500,000.

However, the Federal Government recently revealed intentions to study the abolished law stating that the spread of fake news cannot be compromised with.