Gundam Factory Yokohama will be open in December 2020. 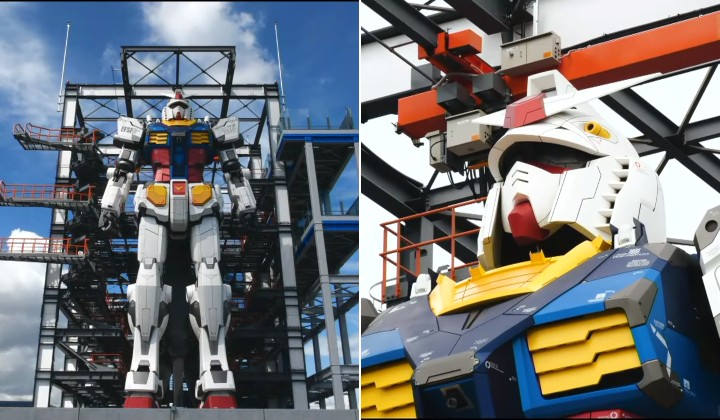 The Land of the Rising Sun shows off its latest jaw-dropping attraction with a life-sized, fully functioning replica from the iconic anime franchise, Mobile-Suit Gundam.

This big boi, dubbed the RX-78F00, stands 18-meters tall, weighs 25 tonnes, and is the centrepiece of Japan’s Gundam Factory in Yokohama – an amusement park themed around the 40-year spanning Gundam universe.

The theme park was expected to open in October 2020 but was delayed to launch on December 19 instead, due to circumstances from the Covid-19 pandemic.

The world got a glimpse of what this huge mecha – a sort of sub-genre in anime centring around machines being piloted by humans – in action when videos released online showed the Gundam moving in full view.

Footage showed RX-78F00 stretching its legs with a few short steps away from its “dock tower” and getting down on one knee with quite some dexterity with the video sped up.

The robot can even be seen moving its head, arm and fingers.

It is reported that the Gundam will only be on display for a limited time at the Gundam Factory until the end of March 2022.

Gundam is said to be one of the biggest media franchises in the world, grossing some RM108 billion in global revenues.