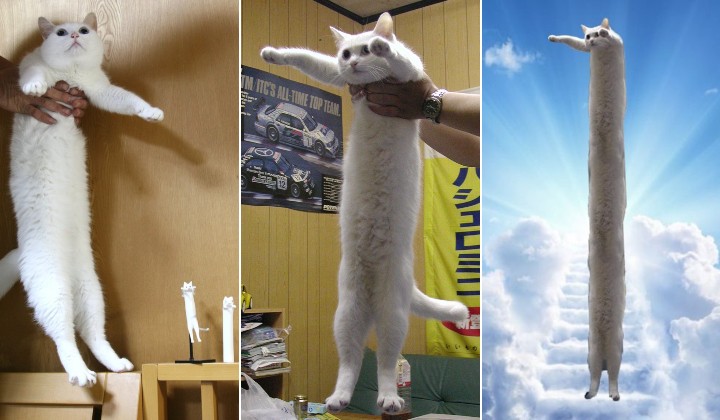 The internet mourns the passing of a famously funny feline that finally made its way to that “great big cardboard box in the sky.”

Longcat, credited by meme experts as one of the most recognized kitties on cyberspace, has reportedly died.

Longcat, also known by its real name Shiroi – meaning white in Japanese – was an internet sensation known for its peculiarly elongated body. The feline was famed for the many altered pictures depicting its silly length, which when picked up, is said to be around 65 centimeters from head to toe.

Longcat memes apparently appeared in the early 2000s and had become popular enough even to have its name etched in the Urban Dictionary for its exceptional length.

It’s understood that Longcat, who supposedly lives with its owner in Japan, fell ill and passed away at around the age of 18 – which according to Cat Care for Life, makes it about 88-years-old in human years.

Hearing of Longcat’s passing, the internet got together in tribute to its extending legacy.

Devastating loss to discover that long cat passed away.

Read more: Get Your Pet A Super Cute Passport From The Department Of Vet Services Malaysia!

Source: Longcat, the internet meme icon, dies aged 18 Longcat The famous Japanese long cat "のび子" passed away at the age of over 18 How to tell your cat’s age in human years Get Your Pet A Super Cute Passport From The Department Of Vet Services Malaysia! Longcat
Tags
cat internet meme TheGist viral