Rise of the Borneo. 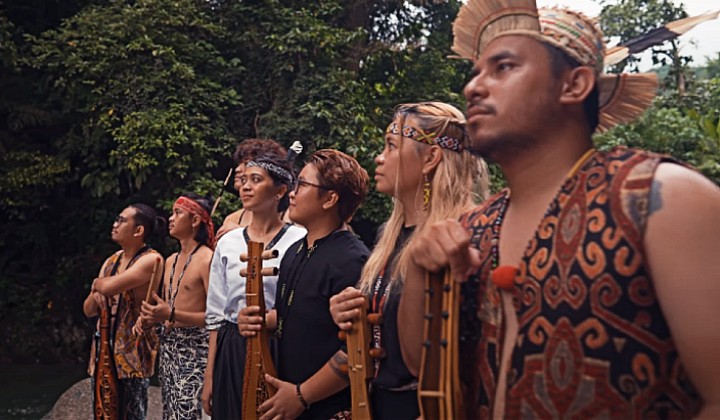 With the Sabah state elections taking place on September 26, 2020, in the midst of a pandemic, Sabahans are using creative outlets to inspire their people to rise up against tyranny.

Read more: A “Katak Sabah” Website Has Popped Up To Track Party-Hopping Politicians There

Time to stand together let the world know who we are" pic.twitter.com/96nMpLQ4Ou

The song was co-written and produced by singer-songwriter Aizat Amdan and his award-winning producer and brother, Anas Amdan who are both frustrated and galvanized by the political atmosphere in Sabah.

Like others, Anas hopes to use his creative talents to bring about change.

Many of them want to assert themselves and lend their voices to contribute towards nation-building. They have decided to make a difference through creative outlets as singing and dancing, and that is why we’ve come up with this song.

The music video starts with a soulful symphony of the Sabah state anthem before transitioning into an upbeat pop song and dance number with lyrics calling for Sabahans from “Kundasang to the top of Mount Kinabalu” to stand or bangkit for their beloved state.

The video showcases various aspects of Sabahan culture from its bustling towns to its colorful people and panorama, even spotting actress Daphne Iking with her baby in a quick cameo.

The song is also available on streaming platforms like Spotify and Apple Music.

You can catch the full music video, below;