The most ambitious crossover event in history. 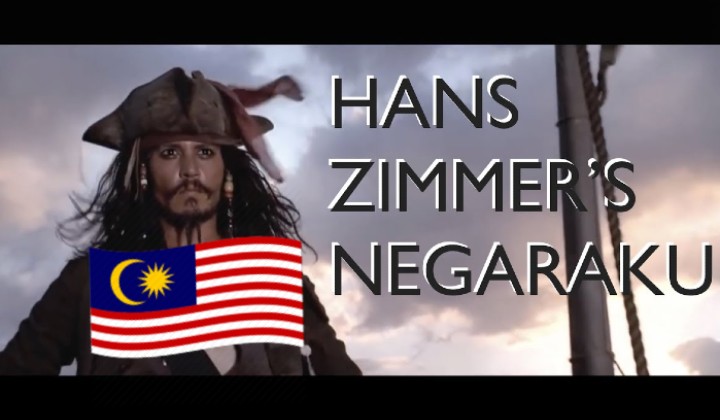 Negaraku, Malaysia’s national anthem that’s a soaring ode to the country, one brimming with pride and haunting enough to stir up emotions in one’s chest.

But what if the national anthem had been composed by Hans Zimmer, the award-winning film score composer that gave the world epic themes in Inception, The Avengers, Pirates of The Caribbean and Interstellar?

Well, it’s every bit as epic as you’d imagine.

This rendition of the national anthem opens with a thrilling beat and the iconic “Inception horn” before fading into a haunting, opulent score and eventually closes with sweeping violins.

While it’s not easy to seamlessly meld the reverence of Negaraku to Hanz Zimmer’s “wall of sound” style, Yuri Wong, the musical genius behind this composition is certainly up to the task.

He’s actually an award-winning composer and music producer for local films, television shows and more, including Oh My English and BoBoiboy.

In fact, he’s also the mastermind behind the viral remix of the 2013 “Listen! Listen!” that delighted at least 1.4 million Malaysians.

While he’s been under the radar for the past few years, Yuri’s creative compositions have actually been garnering a lot of attention on YouTube.

The talented Malaysian has been crafting famous movie lines into chill beats that have garnered tens of millions of views!

So, just sit back, play this Negaraku-meets-Hans-Zimmer composition and get ready for some chills down your back!