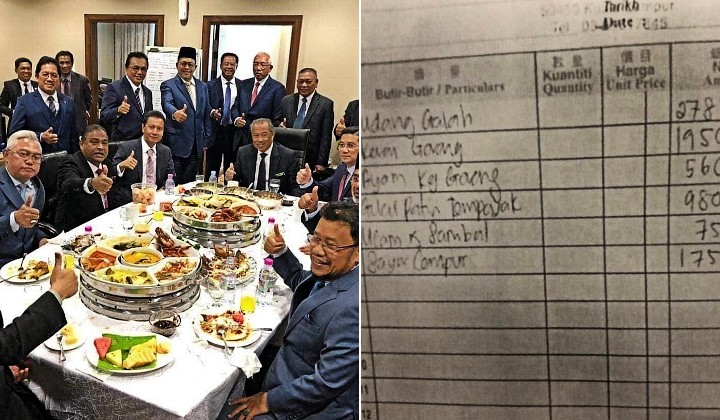 Malaysia’s social media feeds are cooking on the topic of, prawns…

Recently, Opposition Member of Parliament (MP), P. Prabakaran, criticized why several Government MPs were enjoying lavish lunches while the rest of the country was starving from the impact of the Covid-19 pandemic.

Claiming that several Perikatan Nasional (PN) MPs are dining on “sponsored” lunches at the Parliament building amounting to some RM6,000 to RM10,000 a day, P. Prabakaran demanded to know where such funds came from.

Naturally, the issue became a trending topic overnight as images of the supposed luncheon and snapshots of the banquet’s itinerary and receipts went viral.

Netizens were quick to spot that among the items listed in the receipt was some udang galah or giant river prawns, costing a total of RM2,785.

For someone who are still struggling looking for job post covid, this whole thread is making me angry. There are so many ppl out here struggling to even have 1 meal per day & our elected MPs are enjoying themselves with a feast! Udang galah RM2785 is probably someone 1 month pay! https://t.co/S0Jj3s64V2

Some even came to compare the meals eaten by Opposition MPs during Pakatan Harapan’s (PH) time in power.

Read more: Here Is A List Of PN MP’s That Have Been Appointed To Various Positions