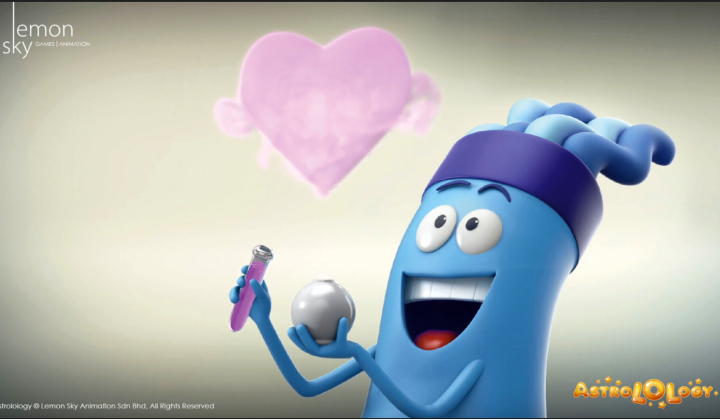 The Malaysian-made animation series AstroLOLogy has earned eight international awards, one of which happens to be Best Animation Short at the London Independent Film Awards 2020.

The series is the original intellectual property (IP) of Lemon Sky, a Malaysian art and animation studio based in Selangor. Lemon Sky is one of Southeast Asia’s leading computer-generated imagery (CGI) art and animation companies with a team of over 300 international artists.

The studio has been involved with several international projects such as AAA games like Marvel’s Spider-Man, Warcraft III: Reforged, Mortal Kombat 11, Gears of War 5, and Uncharted: The Lost Legacy. They are also involved in developing The Last of Us Part 2.

Here’s a quick list of the other seven awards AstroLOLogy has won:

The award-winning comedy web series was designed to have global appeal for all ages. Featuring characters based on the 12 western zodiac signs, each episode follows the humorous interactions between the characters in their world.

Turns out the web series isn’t just a hit with the film award festivals. Just three months after being launched in 2018, the series garnered more than 100,000 YouTube subscribers. Currently, the AstroLOLogy YouTube channel has 639K subscribers and over 210 million views.

The series’ most-viewed episode has 48 million views. You can check it out below.

The series still has new episodes being released for free on YouTube, and other platforms too. It also has localised versions for its loyal audience in Japan and China. The series is also surprisingly huge in the United States as well.

In fact, a special Japanese edition featuring Japanese voiceovers was launched in December 2019. While in China. The exclusive rights to broadcast AstroLOLogy was bought by Tencent, the Chinese media giant.

We are delighted to see Lemon Sky winning numerous accomplishments within a year. These awards and accolades are a strong testament to our continuous pursuit of excellence across the national digital creative content industry.

He added that MDEC will continue to support local companies such as Lemon Sky Studios in achieving international recognition.

Want to check out more episodes of AstroLOLogy? Check out their YouTube channel.

[Watch] Old Video Of Kids Playing On The Road At Night Resurfaces On Social Media, Netizens Annoyed By Their Behaviour

“It’s Criminal!” Parents Worry That Malaysian School Subjects Are Too Difficult For Children To Learn