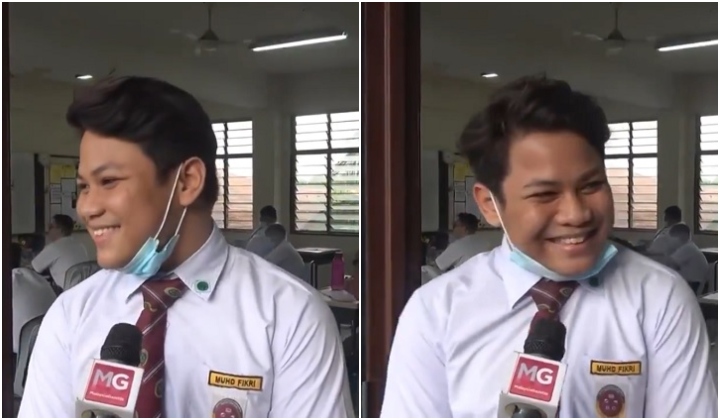 As Malaysian schools reopened on 24th June, one particularly honest interview with a Form 5 student on Malaysia Gazette quickly went viral for his candid confession about how he spent his time during the Movement Control Order (MCO) when schools were closed.

In a 30 second clip, Muhammad Fikri Mohd Fauzi’s interview started well enough when told the reporter that he had spent a week preparing to go back to school.

But when asked what he did to prepare, the Shah Alam student admitted that he was looking for his school uniform because it’s been so long since he last wore it.

One week before school began, I was already prepared. Oh, I was looking for my school uniform because it’s been so long since I’ve been to school, I couldn’t find it.

Then when asked about what he did during the 3-months of MCO when schools were closed, Fikri sheepishly said he watched Korean dramas and slept. He added that he did study but that the internet was weak compared to school.

Tickled by his honesty, Malaysians online were quick to notice how his name on the news did not match his name tag, leading many to speculate that he borrowed someone else’s uniform.

But it appeared that the new got his name mixed up with another classmate.

Watch the hilarious clip below: