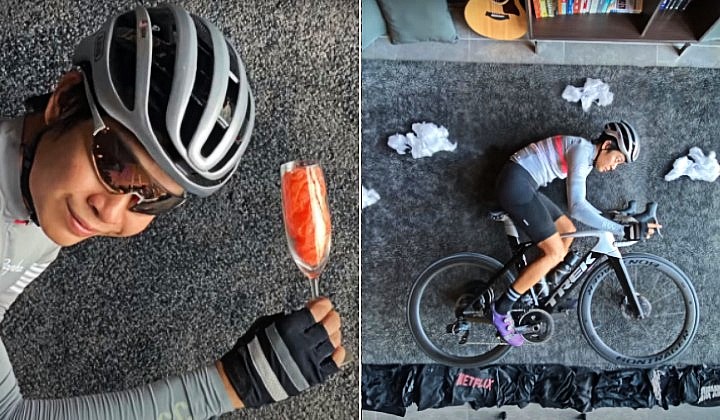 Okay let’s face it, this whole prolonged lockdown season has had most of us feeling criminally bored with the endless hours spent stuck repeating the same routines indoors.

Many of us yearn the freedoms to bask in the sights, sounds, and smells of the wide-open spaces of the outdoor world that weâ€™ve become accustomed to avoiding.

Well not wanting to let more than 40 days of isolation get him down, local filmmaker Quek Shio Chuan decided to kick his quarantine into high gear with a wheelie amazing stop motion short film.

Putting his love for cycling on display, Shio Chuan shows viewers how to put the fun between your legs, wherever you might be.

The 1-minute video starts off with Shio Chuan deconstructing his cycling gear and making use of everyday items lying around the house as his makeshift production set.

Paddling along to the remixed tune of Prime Minister Tan Sri Muhyiddin Yassin’s #dudukrumah speech, the filmmaker takes viewers on a whimsical journey from inside his living room and traverse the endless tracks of his imagination.

And it seems like the nationwide Movement Control Order (MCO) has been keeping the creator very busy.

Shio Chuan also has another cycling-themed video that he also made during the lockdown.

This time taking on a more musical approach, Shio Chuan made, what we interpret to be, an honorable sendoff to his cycling hobby that’s been ceremoniously put to rest during the MCO.