Aside from cigars, he’s also into guns and swords. 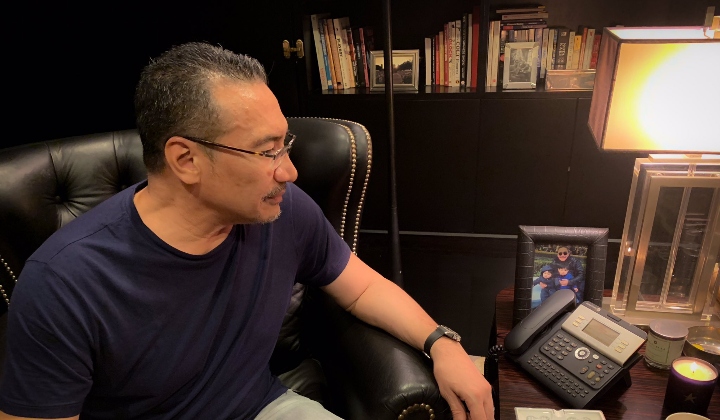 A photograph of Foreign Minister Datuk Seri Hishammuddin Hussein has been making rounds on the internet but it seems innocent enough till you zoom in and look a little closer.

On the shelf of books behind Hishammuddin is a white book with the words “PLAYBOY” just barely visible on the spine.

Realising this, Malaysians are having a bit of fun, because of course you would after finding out that a Minister has a book by Playboy, was photographed with it, and then tweeted out the picture himself.

Just took a call at home tonight from 🇬🇧 UK’s Foreign Secretary and First Secretary of State, The Rt Hon @DominicRaab. Our discussion focused on 3 aspects – education; #COVID19 treatment plans; and @ASEAN as a regional grouping and the #Commonwealth pic.twitter.com/nR76l9Jxmh

Playboy, if you didn’t know, is a publisher of a famous magazine which showed women in the nude and was founded by Hugh Hefner, who lived in a mansion with dozens of girlfriends.

So is Hishammuddin a purveyor of naked women? We checked, and sorry to pop that bubble, but it’s the Playboy The Book of Cigars Hardcover by Aaron Sigmond (Author), Nick Kolakowski (Author), Ian Spanier (Photographer).

There’s still some racy pics in it because it’s still Playboy, but since Hishammuddin is known to smoke cigars from time-to-time and has a famously beautiful wife, it’s probably for the smokes.

We checked with a source close to Hishammuddin and they admitted that it was an amusing “scandal” and everyone was having a bit of a giggle at the Minister’s expense.

Also on the shelf, by the way, are numerous books about guns and swords, so make of that what you will but it seems like Hishammuddin Hussein Onn is actually a bit of a “lad“!