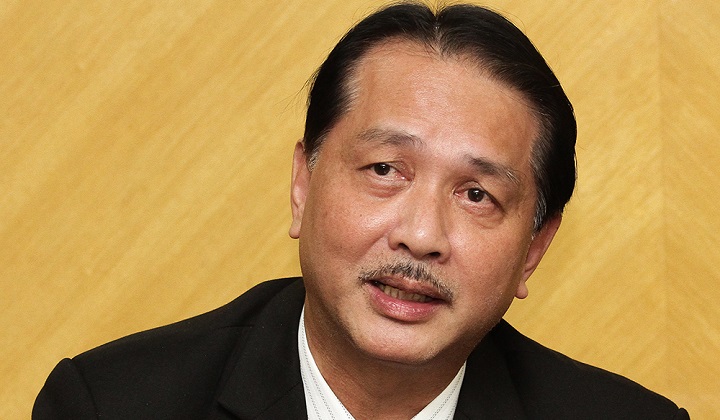 Praise, both local and international, has been heaped upon Malaysia’s Health director-general Datuk Dr Noor Hisham Abdullah and his handling of the Covid-19 pandemic here.

So much so, that some have suggested that Dr Noor Hisham replace his boss, the current Health Minister Datuk Seri Dr Adham Baba.

This is also in part because Dr Adham has been less than well-received after making comments regarding warm water and the number of countries that exist.

It’s an almost impressive feat seeing as he’s only been the Health Minister since March 10th, or about 41 days.

In response Dzulkefly pointed out on Facebook that he had been vacated of the post four days before the event due to a period of political turmoil.

This entire exchange is important to note for those who had called for Dr Noor Hisham to be made Health Minister.

You see, Dr Noor Hisham has held his position for 7 years. During that time he has served under three health ministers; the two aforementioned and Datuk Seri Dr S. Subramaniam before them.

This is because there are two sections in the government; Dr Noor Hisham is part of the Civil Service and Health Ministers are part of the Executive branch.

The Executive branch will change according to the political landscape; as parties rise and fall, and as members within those parties gain favor and lose favour.

Because of that, no matter how much they care about public health or however good they are at it, Health Ministers have to continuously play politics and are (usually) first and foremost skilled politicians.

Meanwhile, the best of the Civil Service are appointed based on merit, remain apolitical, and because of that can hold their position regardless of which political party is in power.

Dr Noor Hisham is such as civil servant and it has allowed him to continue to focus purely on the subject of public health without fear or favor since 2013, as his bosses come and go.

If he were to be appointed to the position of Health Minister, he would have to become a politician to retain the post and would eventually lose it anyway as the political wheel turns.

Because of that, it might be better for the public health if he never becomes Health Minister and stays director-general for as long as possible.

At the moment, Dr Noor Hisham is simply too good to move and all we can do is look after him while he looks after us.