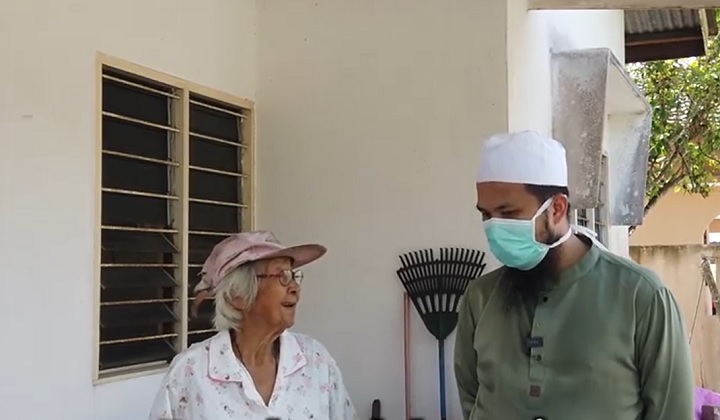 Ustaz Ebit Lew is a Malaysian Muslim preacher who is well-known for approaching and giving aid to all kinds of people, including transgendered and the homeless.

However, his recent efforts during the Movement Control Order (MCO) have gained a lot of attention.

“It’s a day of tears. I couldn’t hold back my tears going into a Chinese area. They are all like my grandfathers and grandmothers,” he said while also apologising for taking so long to visit them.

Ustaz Ebit was surprised that so many of those he met lived alone in rundown houses, some without running water and were relying on wells.

He said some had asked him to help them find their children.

“Some were working as rubber tappers but are old and not healthy enough to do that anymore. There was one 90 year-old aunty living by herself,” he said, adding that he had cried in the car.

If you wish to donate and help, Ustaz Ebit also listed the CIMB bank account number (8603546376) of Pertubuhan Kasih Umat Malaysia at the bottom of his post.

Cry more with others on ourÂ Facebook,Â TwitterÂ andÂ Instagram.