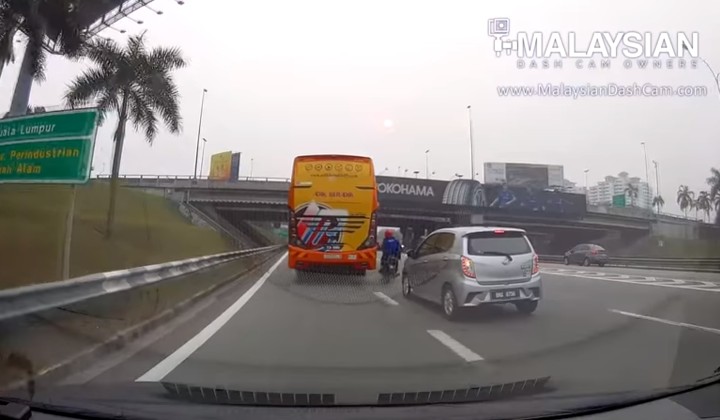 On the eve of a national festive season like Chinese New Year, the number of vehicles on the road (and the number of road accidents) naturally increases as people drive back to their hometowns and visit their family and friends.

With that in mind, a YouTube channel I recently stumbled upon left a lasting impact on my perception of road safety in Malaysia.

Although we probably donâ€™t like to admit it, thereâ€™s something strangely captivating about watching road accidents.

According to science, we canâ€™t help slowing down our cars to take a peek at the damage caused by an accident or watching and sharing dashcam videos of accidents we see online because humans are inherently curious creatures.

Apparently, the uncertainty that comes with not looking at these macabre situations is too uncomfortable for us to handle. So we look and peek because then at least, weâ€™ll know.

First I was amazed by the videos, and then I became quickly terrified. Watching these videos left me with the baffling realisation that no matter how safely I might drive, thereâ€™s always that one reckless person on the road that is endangering everyone else.

Fear is legitimate because the danger is real

Honestly, these concerns are not misplaced. In May 2019, The Star reported that Malaysia has the third highest fatality rate from road traffic accidents in Asia. The two countries with roads more dangerous than ours are Thailand and Vietnam.

Road Transport Minister, Anthony Loke announced that in 2018 Malaysia recorded over 6,000 fatalities due to road accidents, making it the fourth most common cause of death in the country.

A separate report by Malay Mail stated that there were almost 300,000 accidents recorded in just the first half of 2019.

Injuries from road accidents burden the healthcare system by occupying the limited number of hospital beds and utilisation of medical resources. These injuries also result in loss of productivity and income.

How can we be safer?

There are a variety of reasons that cause road traffic accidents.

These include poor safety standards, lack of enforcement, drivers on the road being distracted, fatigued or inebriated, as well as speeding and failure to wear seat belts and helmets.

Thankfully the government has taken several steps to reduce the number of accidents.

These efforts come in the form of the regular Ops Selamat, where police officers patrol the roads and fine those that drive dangerously during the festive seasons. The government has also reformed some of our road safety regulations including enforcing the use of child seats and seat belts by passengers.

The Road Transport Ministry has also considered completely banning the use of underbone motorcycles (a.k.a motor kapcai) on Malaysian roads. This came after news that more than half of all road traffic deaths involved motorcyclists.

Although the government is doing what it can to keep us safe on the road, letâ€™s learn from the mistakes of the people featured in Malaysian Dashcam Ownersâ€™ compilation videos.

And by this, we mean making a better effort to adhere to road regulations and create a safe environment on the road for ourselves and other road users this Chinese New Year.