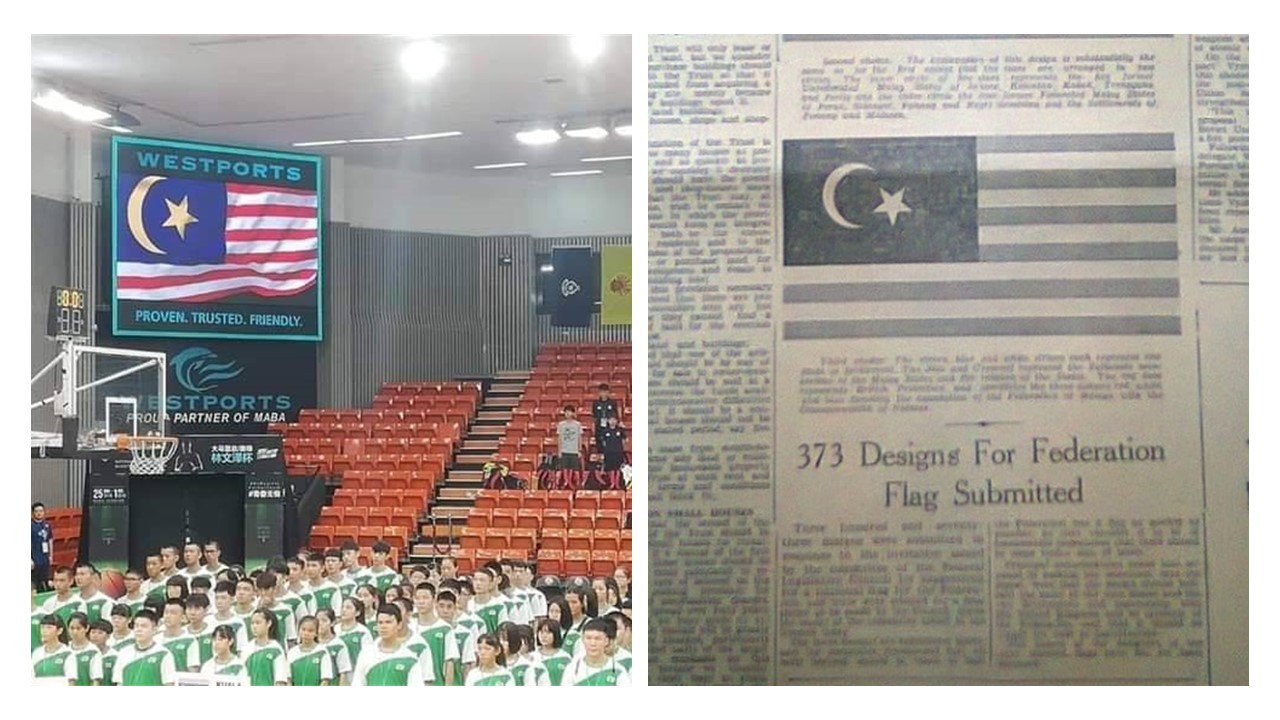 The Malaysian Basketball Association (MABA) is in a lot of trouble.

During their 8th MABA Milo Lum Mun Chak Cup that took place on 25th November at a KL stadium, attendees were shocked when an inaccurate Malaysian flag was displayed during the opening ceremony.

While the Malaysian internet is in uproar and the police are investigating the incident, we noticed something very interesting about the wrong flag.

It looks A LOT like the original Jalur Gemilang flag
design from 1949!

Both the flags display the same sickle moon and 5-point star in a remarkably similar orientation.

Another similarity is the number of stripes: 11 stripes that starts and ends with the darkest colour. FYI, Jalur Gemilangâ€™s stripes starts with red and ends with white.

The key difference between the two are the colours, but everything else is almost the same.

In case you didnâ€™t know, the original flag design was one of the three finalists selected by the Federation Legislation Council in 1949 in a nationwide competition to choose a flag for the newly formed Federation of Malaya.

The 11 blue and white stripes represented each
state/settlement of Malaya while the yellow star and crescent represented the
sultanate as well as Islam. Red symbolised British protection.

Designed by Mohamed Hamzah, a 29-year old architect from Johor Bahru, his design was selected as the winner on 28th November 1949 after the public voted for their favourite.

However, his design was tweaked with the stripes changed to
red and white, while the 5-point star became an 11-point star.

It could be that the person who made the visual was a fan of Mohamed Hamzahâ€™s work, a big history buff or simply Googled really deep into the web (like we did), but weâ€™ll wait for the police to finish their investigations.

In the meantime, itâ€™s a good time to read up on the history of Malaysiaâ€™s flag. Check out our article on Jalur Gemilangâ€™s rejected designs HERE.