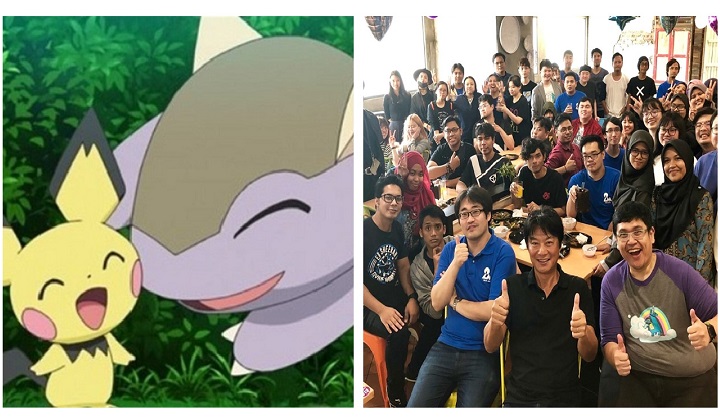 Weâ€™re calling it right now, 2019 is the Year of Malaysian Animation. Why? Because…

Malaysian animation is officially part of the PokÃ©mon universe!

This interesting nugget of information came to light when an eagle-eyed Twitter user @yesterdhir spotted Malaysian names popping up in the opening credits of the new Pocket Monsters series which aired in Japan on 17th November.

Pocket Monsters (which is the full name of PokÃ©mon FYI), is the latest series of the PokÃ©mon anime based on the events in the core series of the games.

Itâ€™s a minor reboot of the original 1997 anime series (they both share the same name) and follows the journey of Ash Ketchum and Go, along with their PokÃ©mon partners, Pikachu and Scorbunny.

While the series is in Japanese and aired in Japan, itâ€™s partly animated right here in Malaysia!

Back in 2018, the animation studio behind the PokÃ©mon TV series, OLM Inc opened their very first base outside Japan in Malaysia.

Known as OLM Asia, the studio is located at Cyberjaya and has lent a hand in animating episodes of the PokÃ©mon Sun and Moon TV series.

Which goes to show that the whole arts stream vs science stream rivalry we had in school is basically pointless.

Nonetheless, weâ€™re taking this opportunity to celebrate our
local talents and animators on a job well done.

We can see this Malaysian animation triumph as a continuation of the international success of Batik Girl at film festivals and Upin & Ipin gunning for Oscars 2020.

With OLC Asia planning to train digital painters and animation artists along with internship programmes for local students, it’s safe to say that Malaysian animation is well on its way to making a global mark!

You can watch the spectacular work of the Malaysian-based animators for yourself below: