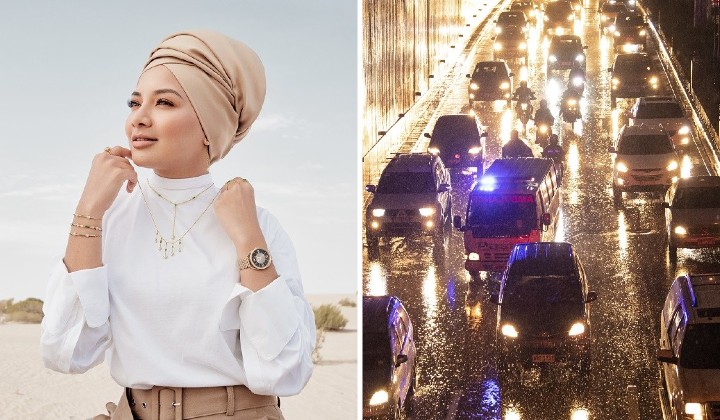 Local celebrity and businesswoman Neelofa is receiving a bit more attention than usual from the online community for apparently getting a police escort during her commute through heavy KL traffic.

Neelofa had originally shared an IG Story update on her official Instagram account, which caught the attention of one social media user, who reposted the videos on her own Twitter page.

The gist of the video was that Neelofa had gotten some help through rush hour traffic with the aid of an official police patrol car, flashy sirens and all, making her journey a whole lot more convenient.

The celebrity also mentioned in the video that without the escort, it would have taken close to 2 hours for her to reach her destination.

But with the â€œAbang Polisâ€ to the rescue, she managed to get to where she was going in a jiffy.

This prompted r/syazwani to ask the question, whether police escort service was available for hire.

â€œCan a celebrity request for a police escort? Yesterday I saw Neelofa used a police escort while saying â€œyou can do it Abang Polisâ€ to get to the Oppo launch. I mean, is the service for hire?

Her question was quickly answered by several netizens who informed her that an official police escort service can, in fact, be obtained.

“Anyone can hire, but you’d need a request letter. Have to pay, but upon approval. It’s not like Grab.”

Curious to get more deets, TRP tried to get in touch with PDRM but unfortunately, they were too busy to layan us.

However, here’s what an unofficial source had to say;

YES, you can indeed hire an official police escort, but only on special conditions and circumstances.

The service is usually reserved for ministers, VVIPs or persons of interest with the permission and authorisation from PDRM HQ in Bukit Aman.

To acquire such a service, an application must be made through official PDRM channels.

This requires a formal request letter made to any police contingent in the country and processing the request can take between a few weeks to a month.

There are 2 types of police escort available; one being for security and the other for road clearance assistance.

A clear and valid reason for the need of the escort must be presented with the application in order for the request to get the green light.

Unfortunately, we were unable to get an idea if there were in fact charges and pricing for the escort service.

But assumingly, certain terms and conditions must be met before PDRM would allocate manpower to be used for such things.

So there you have it, folks!

If you might be in need for an official police escort, head on over to your local police department and ask them how you can get one, then tell us all about it on our Facebook, Twitter and Instagram.