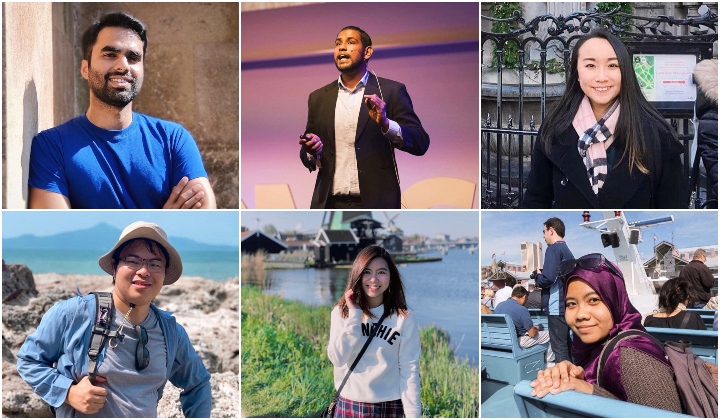 Name a famous Malaysian scientist. What are they famous for? What do they specialise in? How did they get there?

Were you able to answer any of these questions?

There’s more to science than aspiring to become a well-paid doctor, despite what your parents insist. The science industry is vast with many specialisations, but Malaysians don’t even know about it because of how little Malaysian scientific achievement is talked about.

Thankfully, “100 Scientists of Malaysia” are here to change that!

The Instagram account celebrates local scientists and their achievements to further promote the science and technology industry in Malaysia.

On top of that, they also use other social media platforms like Twitter and Facebook for people connect with local scientists and get to know them better!

Hello everyone, this is Kavita @kavita889 here available to answer any questions you might have 😊 https://t.co/KEQ0h2X83k

“100 Scientists of Malaysia” proves that there are actually many great Malaysian scientists out there.

In fact, Malaysian scientists are constantly making waves globally for their achievements.

In 2016, three Malaysian chemical engineering experts received scientific recognition as being the â€˜Worldâ€™s Most Influential Minds in 2015â€™.Â

More recently, in February this year, a Universiti Teknologi Petronas (UTP) postdoctoral research scientist was chosen as one of the International Union of Pure and Applied Chemistry’s (IUPAC) â€œPeriodic Table of Younger Chemistsâ€.

These were amazing achievements, but sadly, not remembered or widely acknowledged.

The studies that are remembered seem to always be led by scientists from advanced countries.

For example, in 2009, a team of British scientists conducted a study of moths on Mount Kinabalu and published their findings in the prestigious journal, Proceedings of the US National Academy of Sciences.

Alfred Russel Wallace, a co-discoverer with Charles Darwin (the guy who came up with the theory of evolution) conducted his fieldwork in the Malay Peninsular and Borneo and documented his findings in the popular classic, The Malay Archipelago, published in 1869.

Malaysian scientists should be at the forefront of research carried out in our own backyard, and be acknowledged for their findings.

Instead, what we have is our government continuously announcing that the country needs more science graduates, while local science graduates are saying there arenâ€™t enough positions in the industry.

Meanwhile, curious young Malaysians who are interested in pursuing science careers donâ€™t know who to look up to and have no one to guide them.

Malaysian scientists need to do more and be recognised for their efforts!