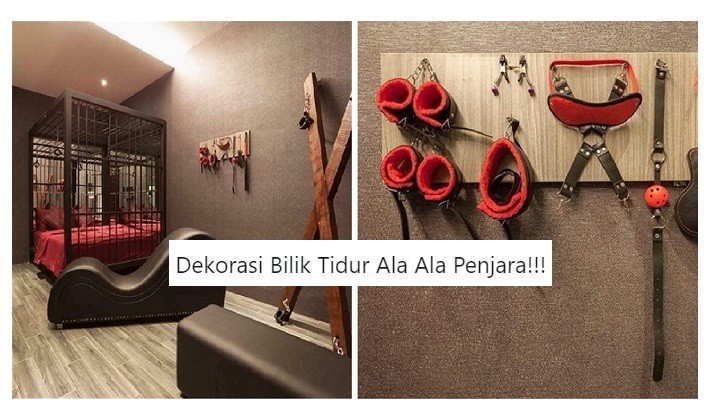 Innocence is a virtue.

Well, thatâ€™s what the admins of the super popular Twitter account Jomkita (@Jomkitamy) were asking themselves when a tweet of theirs went viral for a very naughty reason.

Known for promoting interesting local food and travel,Jomkita shared pictures of a room that looked like it belonged to the set of â€˜50 Shades of Greyâ€™.

While the bordering NSFW pictures were reason enough for raised eyebrows, it was the oblivious caption that had Malaysians online sitting up straight with their backs erect.

With 2.5K retweets, the tweet had netizens freaking out and falling over in laughter.

Some were sympathetic to the adminâ€™s naivetÃ©, while others were
in utter disbelief.

There were also those who wanted to know where exactly this room
wasâ€¦ for â€œreasonsâ€.

With a little investigating (and Google Image search), weâ€™ve discovered that these pictures are actually from a 50 Shades- inspired hotel in Vietnam called Honey Houses.

The BDSM-themed hotel went viral in Vietnam last year and
the owner got in trouble with the government who deemed the kinky accessories a
bit too stimulating.

So, any items that were deemed violent, such as the iron cot,
chains, handcuffs and inappropriate pictures were removed.

Apparently, the hotel is operational and the, uh, comfortable
sofa and cage beds are still there.

In the end, Jomkita maintains their innocence by responding to the naughty replies with this tweet:

Moral of the story: ALWAYS check before posting!