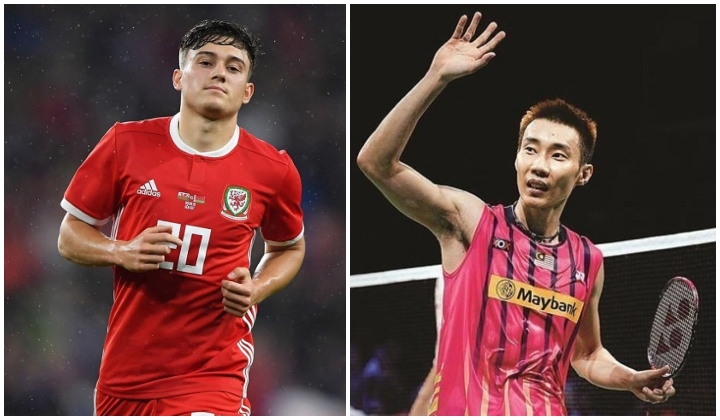 Itâ€™s quite common for Malaysians to express admiration for international
athletes.

But with rising sports talents in our humble equatorial
nation, it looks like international athletes are admiring us as well!

The 21-year-old footballer made this revelation during an interview with local sports channel, Stadium Astro.

In the 1-minute video interview, Daniel excitedly tells the host Adam Carruthers how much he admires Malaysiaâ€™s badminton hero.

Heâ€™s also been following the Chong Wei-Lin Dan rivalry as closely
as any Malaysian, calling the competition between the two â€œamazing.â€

As it turns out, Chong Wei and Daniel have been messaging
each other!

It all began this July when the Red Devils were in Singapore
for the 2019 International Champions Cup.

Chong Wei, an avid Man U fan himself, was there to cheer on
his team as they beat Inter Milan at the Singapore National Stadium.

Afterwards, the three-time Olympic silver medalist went up to Daniel for an autograph, but the young footballer wasnâ€™t aware it was Chong Wei!

â€œI actually signed something for him. Obviously when I was signing, thereâ€™s a big long line.
So I did not really look up too much and did not realise it was him. I wouldâ€™ve recognised him if Iâ€™ve seen him.â€

Then, Chong Wei sent Daniel a picture on social media and a dismayed Daniel was sorry to miss the chance to have a good conversation with the former World No 1 badminton star.

In the end, though, the two now have a textual relationship.
Thatâ€™s a mini happy ending to us!

Fingers crossed that the two star crossed athletes will one
day meet again and give us the selfie we never knew we wanted until now.

In the meantime, watch Daniel James gush about Lee Chong Wei below: