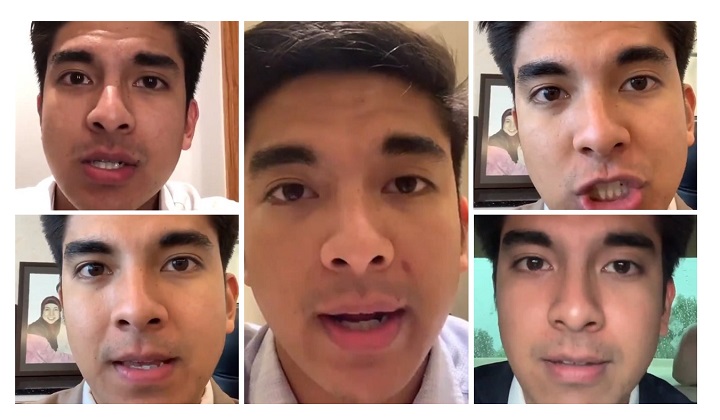 Malaysiaâ€™s youngest minister ever has been working really hard since he came into office in 2018, at least until the political drama that led to the dissolution of the Cabinet at the end of February 2020.

However, thereâ€™s one particularly interesting method of his thatâ€™s caught our attention: The uncomfortably close front camera videos.

Every time thereâ€™s an issue that riles up Malaysians, Syed Saddiqâ€™s close-up videos will be there to ease our worries. It’s happened so often that this has essentially become his signature move.

So, we dug deep into the internet to present 9 times Syed Saddiq got uncomfortably close to the camera to solve our problems.

Thereâ€™s a special guest appearance by Syed Saddiqâ€™s mum too!

4. Dropping by for a heart-felt Merry Christmas wish while celebrating Malaysiaâ€™s unity

5. Letting his youthful glow shine while speaking up against raising the retirement age from 60 to 65

6. Sharing excitement and support for a homegrown ride-sharing app

10. Inviting riders to his home during the Foodpanda strike

11. Singing to us for Merdeka Day

Weâ€™re not the only ones whoâ€™ve realised Syed Saddiqâ€™s affinity for his front camera, though. Almost every video is followed by comments on the extreme close up.

Although, his flawless skin has also managed to spark some curious skincare addicts.

There you have it! TRPâ€™s exploration of 9 times Syed Saddiq got uncomfortably close to the camera to solve our problems.