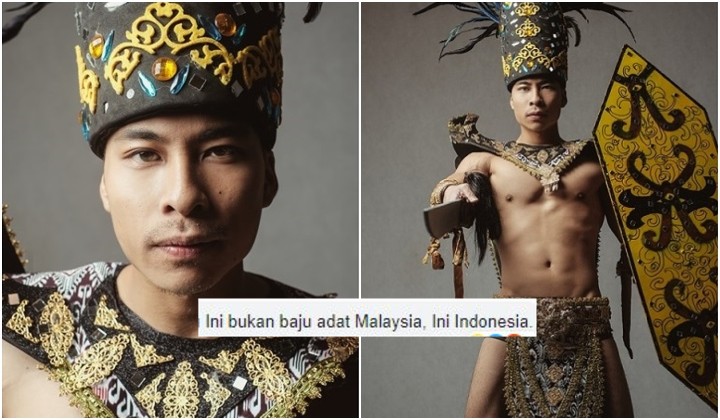 The relationship between Malaysia and Indonesia is like
siblings who fight over the same toy.

This time, however, the squabble is over the national costume worn by the Malaysian representative at the Mister Global 2019 male pageant.

Indonesians are accusing Malaysia of stealing
their national costume at the international male pageant!

While we think heâ€™s absolutely rocking the Dayak garb, our Indonesian brothers were less than impressed.

Claiming that the Dayak costume was Indonesian, the comment section of Mister Global Malaysia’s picture on Facebook blew up. (There were 1.3k comments at the time of writing)

However, many were quick to explain that the Dayaks were native to Borneo, and are spread across Indonesia, Brunei AND Malaysia.

Of course, there were the trolls as well…

The fight even spilled over to the Indonesian contestant’s national costume.

While the fight was entirely pointless, at least the Malaysian and Indonesian costumes were freaking cool.

Which is more than we can say for the American costume…
We’ll leave the pictures below for you to judge.

In the end, the Mister Global 2019 title went to Kim Jongwoo of South Korea, so all the fighting was for nothing anyway.

Moral of the story: Can we just please be friends and get along?