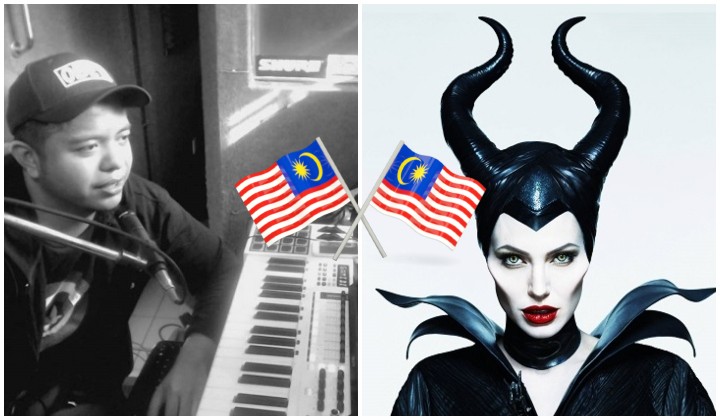 Our favourite Disney Villain, Maleficent will be returning
to the big screen once again this October.

Yes, youâ€™ll soon get to journey with the sorceress on another dramatic adventure while staring at Angelina Jolieâ€™s impossibly beautiful face.

Of course, with any Disney movie release, you can bet thereâ€™ll
be an incredible trailer.

It features music produced by a Malaysian!

The powerful track titled â€œTurned to Dustâ€ sets the mood for the tension between Maleficent, Princess Aurora (Elle Fanning) and the Queen Ingrith (Michelle Pfeiffer) was produced by a local talent named Amirul Hisham.

Composed by Lisa Van Hal, the score is produced by CalaPM (Calabasas Production Music) which was founded by Amirul (also known as Sham) and another composer named Michael J. Elliott.

Working together with more composer friends, their debut album called â€œInfinityâ€ was then published through Dos Brains, a production / trailer music library.

To Sham’s surprise, a track on their debut album was selected for Disneyâ€™s Maleficent: Mistress of Evil trailer after a few short weeks!

His past experiences include composing music at Atom Music
Studio, a music production company that also provided the score for the Men in
Black: International (2019) trailer.

With the Maleficent trailer added to his credentials, itâ€™s clear
that we can expect more great things from our Malaysian talent.

Congratulations to Sham and the team!

Check out his music on the Maleficent trailer below: