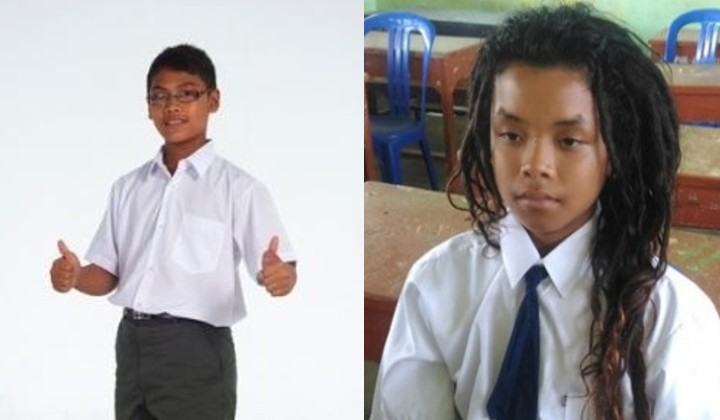 Tired of being unreasonably disciplined at school, a Form One student is petitioning against the age-old ban for male secondary students to have long hair.

The petition was created by Darrell James, who we assume is 13-years-old (why else would he be making the petition…) making his appeal directly to the Prime Minister Tun Dr Mahathir Mohammad to allow schoolboys to grow long hair.

The online petition was made through Change.org

In it, Darrell states that such draconian laws no longer had a place in modern times, stating that such rules were a burden to students, parents and their pockets.

Darell also mentions that the ruling was also a form of gender discrimination against male students, whose female counterparts have a different set of rules to follow.

The petition also calls out the Education Ministry saying that they should be focusing on improving the educational environment instead of enforcing such trivial and outdated rules.

And outdated they wereâ€¦ Apparently, the rules dictating boyâ€™s hairstyles were last updated in 1976!

The petition has recently gained traction after some two months of being online gaining positive feedback from like-minded individuals from across the internet.

The petition titled; Allow Malaysian School Boys to Grow Long Hair, now has over 2,000 signatures at the time of writing.

So what do you think? Should our schoolboys be given the liberty to style any hairdo that they so choose? Or is this a ludicrous idea?

If you’d like to give your support for this cause, you can do so here.