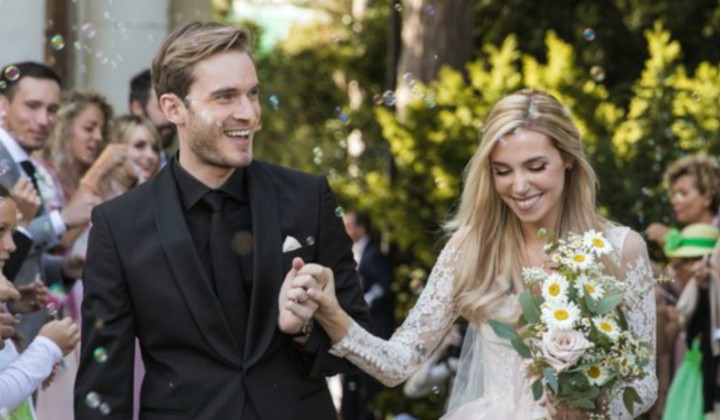 The lovely couple made their marriage public announcing their wedding, that took place in London, on social media.

We are married!!! I’m the happiest I can be ♥️ I’m so lucky to share my life with this amazing woman.

Apparently, the lovebirds had met online with Marzia supposedly sliding into her now-husbandâ€™s DMs some eight years ago.

PewDiePie who was once the highest-earning content creator on YouTube is known for his absurd and comical gaming-based content which appeals to millions of fans across the globe.

The internet celebrity is so huge that he even spawned a line of mobile games inspired by his antics and success.

He currently holds the title as the second most subscribed YouTube channel in the world with a following of 99 million viewers.

Congratulations to PewDiePie and Cutie-pie on their marriage!