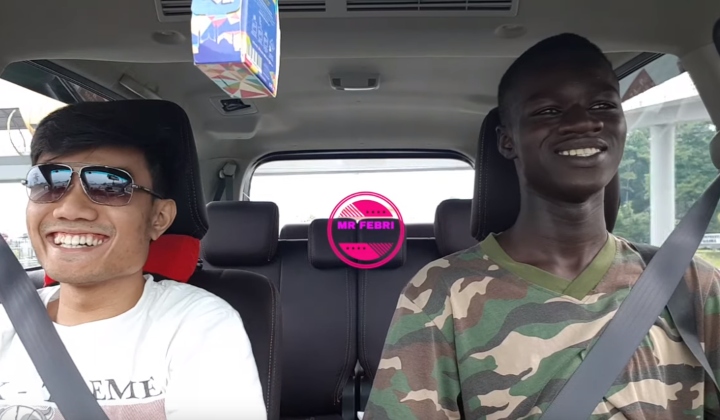 Among the many things we Malaysians love to watch is foreigners speaking Malay.

In fact, weâ€™re even more amazed when foreigners are able to fluently speak Malay.

So, you can imagine how impressed we were when we saw an African boy have a firm grasp of not just regular olâ€™ Malay, but specifically the Sarawakian version.

Mr. Febri is a local YouTuber who regularly posts videos of him interacting with his e-hailing ride customers.

Recently, he had a surprise when he picked up a young African boy who was able to speak to him in fluent Sarawakian Malay.

Among the topics discussed were how the boy learned to speak Malay and how long he had been living in Sarawak.

According to the conversation, the boy moved to KL with his family roughly seven years ago and attended international school here.

Then, about a year and a half ago, their whole family moved to Sarawak after his father started working at the Faculty of Social Sciences in University Malaysia Sarawak (UNIMAS).

Since then, the 17-year-old has been attending a Sekolah Menengah Kebangsaan (SMK) somewhere in Kota Samarahan and will be sitting for his Sijil Pelajaran Malaysia (SPM) exams soon.

The 20-minute 49-second video uploaded to YouTube on August 14 already has more than 20,000 views at the time of writing.

Malaysians commented on how impressed they were by the boyâ€™s Sarawakian accent.

“That African’s ability to speak Bahasa Melayu is amazing!”

Watch the skillful conversation below!