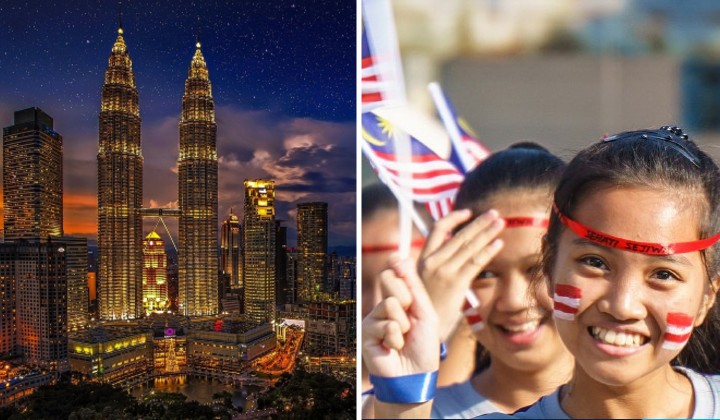 Previously, we were named the 25th sexiest nation with the 39th sexiest accent in the world.

Now, our very own concrete jungle, Kuala Lumpur, has been crowned the second friendliest city in the world!

The coronation came once again from the international travel site Big 7 Travel, polling the opinions of 1.5 million people from social media.

Among the top five cities listed on the survey was Vancouver, Canada which came in at first place.

Bruges in Belgium which came in third.

Taipei, Taiwan which came in fourth.

And Hamburg, Germany coming in at fifth place.

(Singapore came in at 25th place if you must know…)

According to the verdict, KL is the best example of a friendly metropolis where its citizens, our good olâ€™ Malaysian people, are considered to be affectionate and welcoming of strangers.

Foreigners also seemed to have taken a liking to our happy go lucky attitude, as the survey specifically mentions how easy-going Malaysians are.

Survey participants also noted how navigatable and accessible it was to get around town.

Naturally, visitors were also captivated by the KL night scene, where endless entertainment choices make the urban centre a hot pick for tourist and expats from across the globe.

Let’s try and spread some of this hospitality around to our other visitors too!

As of June 2019, the UNHCR reports some 175,760 refugees and asylum-seekers currently living in desperate and deprived conditions all over Malaysia, where some 44,880 of them being children.

Wouldn’t hurt to be nice and friendly to ALL of our guests, won’t it…

Ya Right GIF from Yaright GIFs