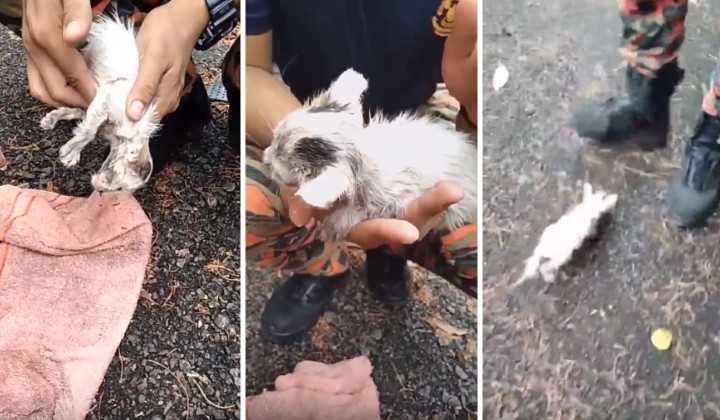 Hereâ€™s a lil something to pull on your heartstringsâ€¦

Bomba personnel managed to save the life of a dying kitten by performing CPR on the tiny animal in a video that is making rounds on social media.

The video showed a firefighter doing chest compressions on a scruffy white kitten, rescued from inside the roofing of a home in Kedah.

The kitty, seen lifeless at first, slowly began to regain consciousness following the relentless effort of its rescuer.

A crowd of onlookers can be heard in the video rejoicing as the cat began meowing away as the firefighter continued on, making sure that the animal could breathe on its own.

It took the cat a few moments to get back on its feet, but the video ended on a pleasant note as the kitten is seen moving about, trailing the footsteps of the firemen as if to say thank you for saving its life.

Netizens from across cyberspace showed their mushy side, giving thanks to the firefighters who revived the tiny soul.

Not all heroes wear capes!