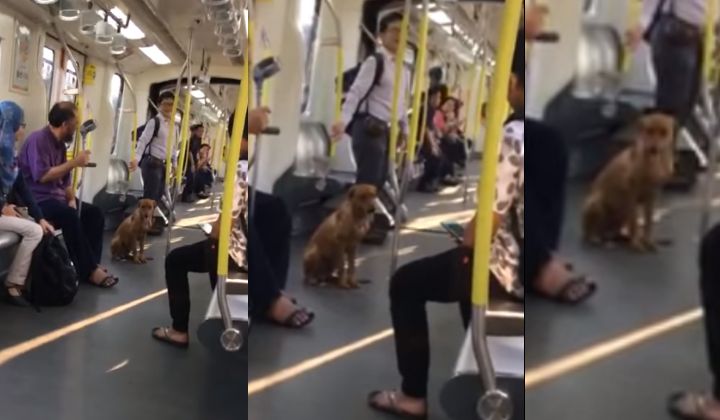 Malaysians on the LRT were surprised when a stray dog joined them for a morning ride.

A stray dog strolled onto a train carriage at the Miharja station. According to the video, the dog sat patiently as a commuter.

The original video uploaded mistakenly gave people the impression that the dog was a pet, and netizens were rather alarmed at the blatant disregard for the “no pets allowed” rule.

However, Rapid KL has confirmed that it is indeed a stray dog that simply hitched a ride, and that it got was peacefully guided out of the LRT at the next station.

Some of the commuters who were present on the train applauded Rapid KL’s rapid response.